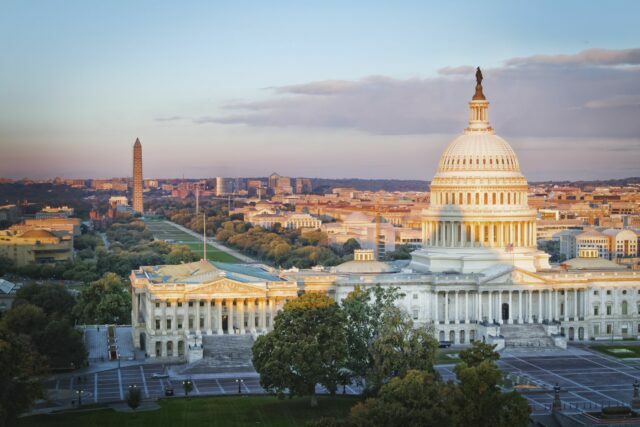 The legendary journalist Marty Baron retired from his job as The Washington Post’s top editor in February after a 45-year career that became increasingly demanding with the dawn of the internet.

Baron left The Post after leading The Boston Globe and The Miami Herald. “All of those have been hugely challenging jobs, difficult, exhausting, and ever more exhausting with the internet, which now requires us to be on top of things, essentially, every second of every day,” Baron recently told Yahoo Finance.

In a new wide-ranging interview for Yahoo Finance’s Influencers with Andy Serwer, Baron reflected on the benefits of the internet and Big Tech, as well as its dangers for both consumers and the news industry.

The 66-year-old journalist, memorably played by a gruff Liev Schreiber in “Spotlight,” is a suitable person to comment on promises and perils of the internet. He works in an industry whose advertising dollars have been siphoned off by tech giants like Google (GOOG, GOOGL). But he also led a paper bought by Amazon (AMZN) founder Jeff Bezos, who used a digital-focused strategy to turn that paper around.

Baron, author of the forthcoming book “Collision of Power: Trump, Bezos, and The Washington Post,” reflected the uneasy relationship between media and Big Tech. “We are providing all this so-called content — I call it journalism —, and they’re making money off it. They’re vacuuming up, essentially all the advertising that’s out there,” Baron said.

Still, he noted that news outlets like The Post do derive value from Big Tech. Surveys have consistently shown that most Americans get at least some of their news from social media. “If we were The Washington Post and not on Google and Google News, that would be a real problem for The Washington Post,” Baron said. “It would lose revenue as a result of that. If we’re not on Facebook, same thing.”

Without protections’ we wouldn’t have social media companies’

Baron noted that controversial law, Section 230 of the Communications Decency Act, is necessary for social media companies to exist in emphasizing Big Tech’s value. That law allows companies like Google, Twitter (TWTR), and Facebook (FB) to moderate their sites without being held liable for content posted by third parties. That way, for example, Facebook can’t be sued over every defamatory post on the site.

Those protections afforded by Section 230 are considered a foundational piece of the modern internet. Still, they’ve come under fire from a range of bipartisan figures in recent years, including both former president Donald Trump and President Joe Biden. Asked if companies like Twitter, Facebook, and Google-owned YouTube should continue receiving protections under 230, Baron said that’s “a tough question.”

“Clearly, they can’t be responsible, held liable for every single thing everybody says, that’s on their platforms, that would be impossible for them to do,” he said. Critics of Big Tech’s power argue that it is time for social media companies like Facebook, Google, Twitter (TWTR), and others to simply be treated as media companies and be held responsible for any harmful content they publish. Indeed, Baron acknowledged that social media companies “come with many disadvantages” and “a lot of harm.”

Baron noted that social media companies should take responsibility for that harmful content, particularly regarding misinformation surrounding the COVID-19 pandemic. “I do think there is undoubtedly more that platforms can do to ensure that misinformation is not spreading on their platforms,” he said.

But tech companies have also become indispensable, Baron suggested. “I mean if anybody thinks through how they manage their life,” he said, “and how often they use Google, they will appreciate how much value is provided.” Ben Werschkul is a writer and producer for Yahoo Finance in Washington, DC.

Jeff Bezos helped The Washington Post ‘take advantage of the gift’ of the internet: Marty Baron.

Trump’s claim that the election was stolen is a ‘fiasco for our democracy’: Marty Baron.

What is Section 230, the controversial internet law Trump wants to dismantle?

Read the latest financial and business news from Yahoo Finance