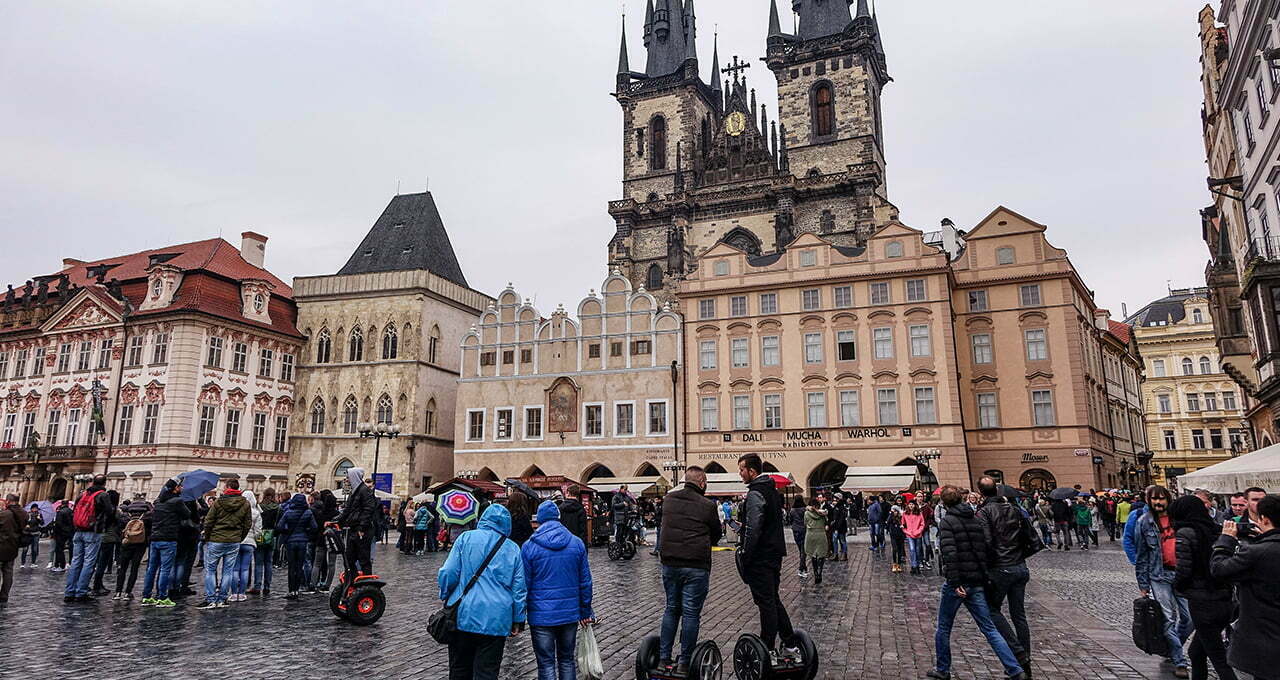 The European Commission has announced that it’s issued formal antitrust charges against Apple, saying Today that its preliminary view is Apple’s app store rules distort competition in the market for music streaming services by raising the costs of competing music streaming app developers.

The Commission began investigating competition concerns related to iOS App Store (and Apple Pay) last summer. But Today’s charges relate only to music streaming apps and the App Store’s role as a gatekeeper for such apps to access iOS users. This is also a market where Apple competes, with its eponymous offering (Apple Music).

“The Commission takes issue with the mandatory use of Apple’s own in-app purchase mechanism imposed on music streaming app developers to distribute their apps via Apple’s App Store,” it wrote Today. “The Commission is also concerned that Apple applies certain restrictions on app developers preventing them from informing iPhone and iPad users of alternative, cheaper purchasing possibilities.”

The statement of objections focuses on two rules that Apple imposes in its agreements with music streaming app developers: Namely, the mandatory requirement to use its proprietary in-app purchase system (IAP) to distribute paid digital content (with the Commission noting that it charges a 30% commission fee on all such subscriptions bought via IAP); and ‘anti-steering provisions’ which limit the ability of developers to inform users of alternative purchasing options.

“The Commission’s investigation showed that most streaming providers passed this fee [Apple’s 30% cut] on to end-users by raising prices,” it wrote, adding: “While Apple allows users to use music subscriptions purchased elsewhere, its rules prevent developers from informing users about such purchasing possibilities, which are usually cheaper. The Commission is concerned that users of Apple devices pay significantly higher prices for their music subscription services or they are prevented from buying certain subscriptions directly in their apps.” 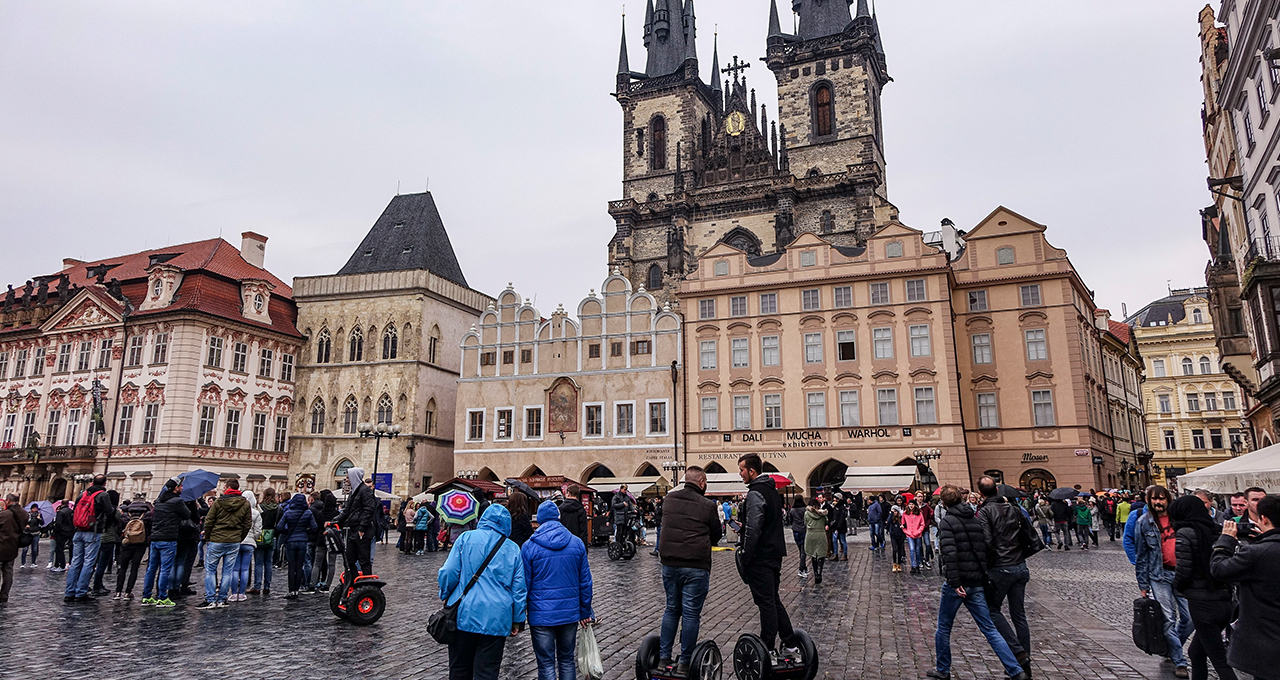 Commenting in a statement, EVP and competition chief Margrethe Vestager added: “App stores play a central role in Today’s digital economy. We can now make our shopping, access news, music, or movies via apps instead of visiting websites. Our preliminary finding is that Apple is a gatekeeper to users of iPhones and iPads via the App Store. With Apple Music, Apple also competes with music streaming providers.

By setting strict rules on the App store that disadvantage competing music streaming services, Apple deprives users of cheaper music streaming choices and distorts competition. This is done by charging high commission fees on each transaction in the App Store for rivals and by forbidding them from informing their customers of alternative subscription options.”

Apple sent us this statement in response:

“Spotify has become the most prominent music subscription service in the world, and we’re proud for the role we played in that. Spotify does not pay Apple any commission on over 99% of their subscribers and only produces a 15% commission on those remaining subscribers acquired through the App Store.

At the core of this case is Spotify’s demand they should advertise alternative deals on their iOS app, a practice that no store in the world allows. Once again, they want all the benefits of the App Store but don’t think they should have to pay anything for that. The Commission’s argument on Spotify’s behalf is the opposite of fair competition.”

Spotify’s founder, Daniel Ek, has also responded to the news of the Commission’s charges against Apple with a jubilant tweet — writing: “Today is a big day. Fairness is the key to competition… we are one step closer to creating a level playing field, which is so important for the entire ecosystem of European developers.”

Today is a big day. Fairness is the key to competition. With the @EU_Commission Statement of Objections, we are one step closer to creating a level playing field, which is so essential for the entire ecosystem of European developers. https://t.co/dOw1K0Qo1W — Daniel Ek (@eldsjal) April 30, 2021

The company also sent us this statement — suggesting the Commission’s move will have “far-reaching implications”: “Ensuring the iOS platform operates fairly is an urgent task with far-reaching implications. The European Commission’s Statement of Objections is a critical step toward holding Apple accountable for its anticompetitive behavior, ensuring meaningful choice for all consumers and a level playing field for app developers.”

During a press conference following the press release, Vestager went into a little more detail on the case — saying the Commission believed the impact of Apple’s distortion of the music streaming market has led to rising subscription prices for consumers to €12.99, rather than the €9.99 Apple charges for its own service. She noted that Apple, of course, is not subject to the 30% fee it levies on third-party music streaming services that opt to sell subscriptions via its store. (Spotify stopped doing so in 2018 to avoid the IAP fee.)

During a Q&A with journalists, Vestager was pressed on the fact that Spotify is a thriving business. Still, she argued it’s “tough to say what would have been the market development without these conditions imposed by Apple in its App Store”.

“Spotify is a big player in the music streaming market, but we don’t know what would have been the conditions without this,” she added. “There are other rivals to Apple Music — there are Deezer, there is Soundcloud. Smaller competitors, and here we have real concerns about their developments.”

This story is developing… refresh for updates.

Several complaints against Apple’s practices have been lodged with the E.U.’s competition division in recent years — including by music streaming service Spotify; video games maker Epic Games; and messaging platform Telegram, to name a few of the complainants who have gone public (and been among the most vocal).

The main objection is over the (up to 30%) cut Apple takes on sales made through third parties’ apps — which critics rail against as an ‘Apple tax’ — as well as how it can mandate that developers do not inform users how to circumvent its in-app payment infrastructure, i.e., by signing up for subscriptions via their own website instead of through the App Store. Other complaints include that Apple does not allow third-party app stores on iOS.

Apple, meanwhile, has argued that its App Store does not constitute a monopoly. iOS’ global market share of mobile devices is a little over 10% vs. Google’s rival Android O.S. — which is running on the lion’s share of the world’s mobile hardware. But monopoly status depends on how a market is defined by regulators (and if you’re looking at the market for iOS apps, then Apple has no competitors).

The iPhone maker also likes to point out that most third-party apps pay it no commission (as they don’t monetize via in-app payments). While it argues that restrictions on native apps are necessary to protect iOS users from threats to their security and privacy.

Last summer, the European Commission said its App Store probe was focused on Apple’s mandatory requirement that app developers use its proprietary in-app purchase system and restrictions applied on developers’ ability to inform iPhone and iPad users of alternative cheaper purchasing possibilities outside of apps.

It also said it was investigating Apple Pay: Looking at the T&Cs and other conditions Apple imposes for integrating its payment solution into others’ apps and websites on iPhones and iPads, and also on limitations it imposes on others’ access to the NFC (contactless payment) functionality on iPhones for prices in stores.

The E.U.’s antitrust regulator also said then that it was probing allegations of “refusals of access” to Apple Pay. In March this year, the U.K. also joined the Apple App Store antitrust investigation fray — announcing a formal investigation into whether it has a dominant position and imposes unfair or anticompetitive terms on developers using its app store.

U.S. lawmakers have, meanwhile, also been dialing up attention on app stores, plural — and on competition in digital markets more generally — calling in both Apple and Google for questioning over how they operate their respective mobile app marketplaces in recent years.

Last month, for example, the two tech giants’ representatives were pressed on whether their app stores share data with their product development teams — with lawmakers digging into complaints against Apple, mainly that Cupertino frequently copies others’ apps, ‘shellacking their businesses by releasing native copycats (as the practice has been nicknamed).

Back in July 2020, the House Antitrust Subcommittee took testimony from Apple CEO Tim Cook himself — and went on, in a hefty report on competition in digital markets, to accuse Apple of leveraging its control of iOS and the App Store to “create and enforce barriers to competition and discriminate against and exclude rivals while preferencing its own offerings”.

“Apple also uses its power to exploit app developers through misappropriation of competitively sensitive information and to charge app developers supra-competitive prices within the App Store,” the report went on. “Apple has maintained its dominance due to the presence of network effects, high barriers to entry, and high switching costs in the mobile operating system market.”

The report did not single Apple out, blasting Google-owner Alphabet, Amazon, and Facebook for abusing their market power. And the Justice Department went on to file suit against Google later the same month. So, over in the U.S., the stage is being set for further actions against big tech. Although what, if any, federal charges Apple could face remains to be seen. At the same time, several state-level tech regulation efforts are brewing around big tech and antitrust — including a push in Arizona to relieve developers from Apple and Google’s hefty cut of app store profits.

While an antitrust bill introduced by Republican Josh Hawley earlier this month takes aim at acquisitions, proposing an outright block on big tech’s ability to carry out mergers and acquisitions. Although that bill looks unlikely to succeed, a flurry of antitrust reform bills is set to introduce as U.S. lawmakers on both sides of the aisle grapple with how to cut big tech down to a competition-friendly size.

In Europe, lawmakers are already putting down draft laws with the same overarching goal. The Commission recently proposed an ex-ante regime to prevent big tech from abusing its market power in the. The Digital Markets Act is set to impose conditions on intermediating platforms considered ‘gatekeepers’ to others’ market access.

While over in the U.K., which now sits outside the bloc, the government is also drafting new laws in response to tech giants’ market power. It has said it intends to create a ‘pro-competition’ regime that will apply to platforms with so-called  ‘strategic market status’ — but instead of a setlist of requirements, it wants to target specific measures per platform.