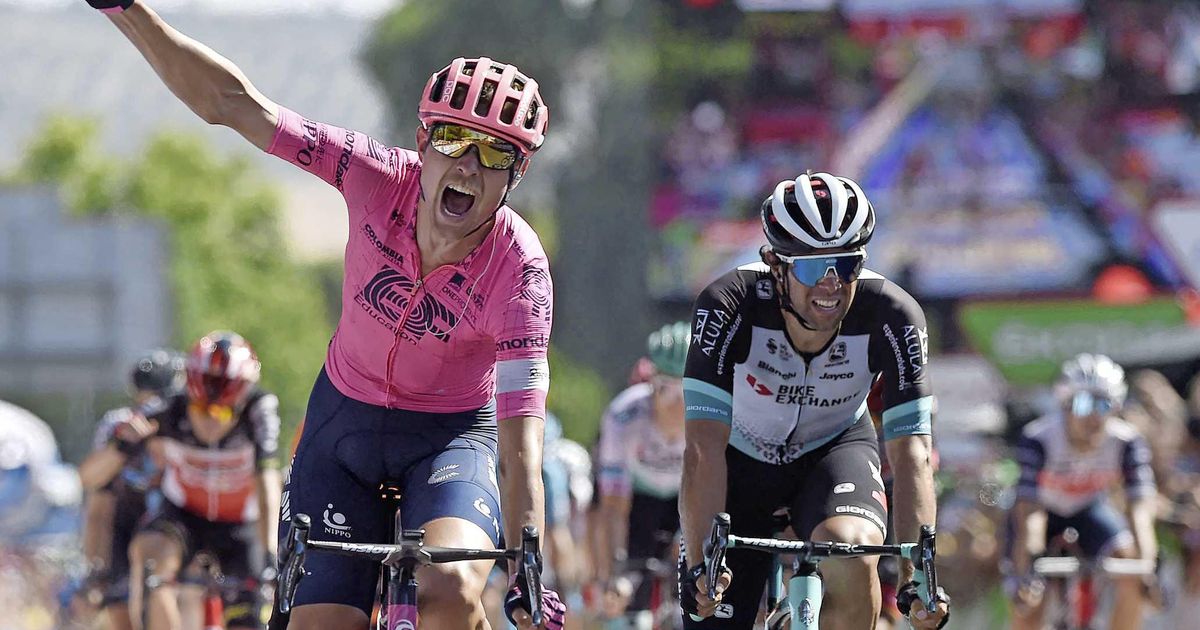 ALTO DE LA MONTANA DE CULLERA, Spain — Magnus Cort Nielsen won the sixth stage of the Spanish Vuelta after holding off a hard-charging Primoz Roglic, who took back the red leader’s shirt with his second-place finish.

Cort Nielsen was part of an early five-man breakaway on the mostly flat 158.3-kilometer (98.3-mile) ride along Spain’s eastern coast. The Danish sider for EF Education had just enough left to cross the finish line first ahead of Roglic at the top of a short but steep ascent near the Cullera Castle overlooking the Mediterranean Sea.

The fourth stage win at the Spanish Grand Tour for Cort Nielsen, who also has a stage win at the Tour de France. “It was very close in the end,” the Dane said. “I looked back with 150 meters to go and could see Roglic was coming. I was sprinting with everything I had, and luckily I could keep him behind me.”

Roglic, the two-time defending Vuelta champion, reclaimed the race lead he had held for the first two stages. Kenny Ellison lost the information he held for one day after he struggled throughout the final stretches of the stage.

Crosswinds whipping across rice fields over the final 30 kilometers broke the peloton into groups as it wound its way through narrow tracks. Ellison was caught behind and had to work hard with his Trek-Segafredo team to catch up to the head of the peloton, only for him to fade again in the final two-kilometer (1.2-mile) ascent.

Roglic, the Jumbo-Visma leader, is followed in the general classification by three Movistar riders: Eric Mas is 25 seconds behind, closely followed by teammates Miguel Angel Lopez and Alejandro Valverde. Former Tour winner, Egan Bernal of Ineos, is 41 seconds off the pace.