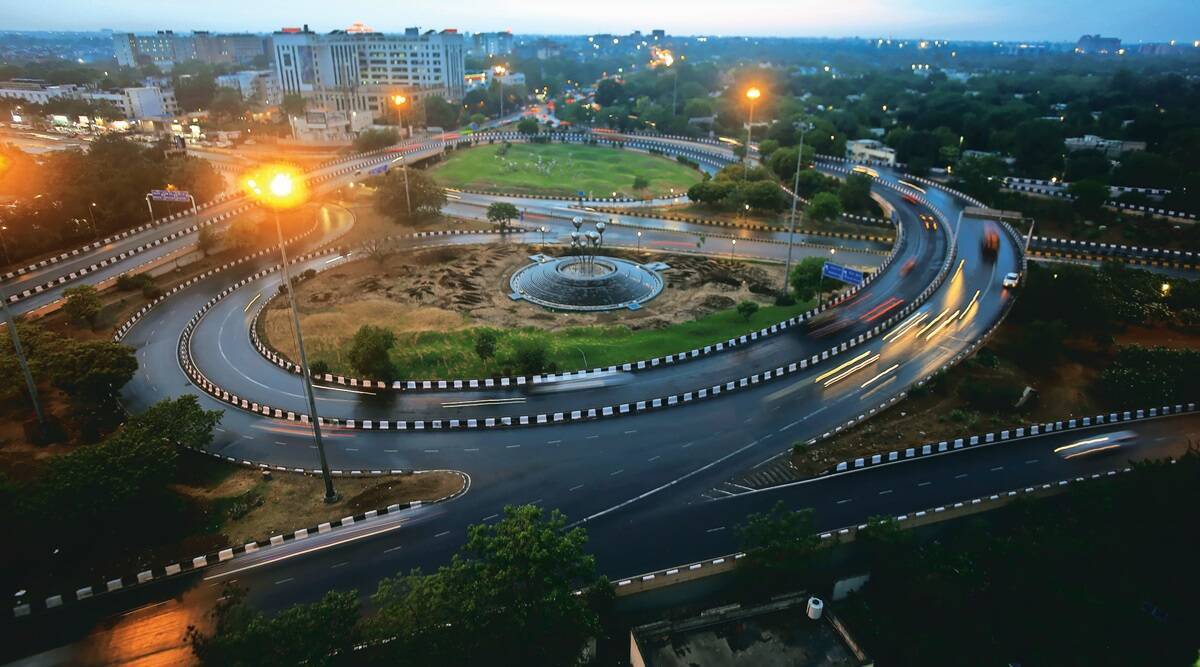 Police made two arrests, issued 16 fines, and charged one person after anti-lockdown protestors hijacked a gathering to support small business owners outside Flinders Street station. A 48-year-old man from Caroline Springs was arrested after failing to provide his name and address.

He was charged with three counts of resisting arrest and two counts of breaching the chief health officer’s directions by not wearing a mask and being more than 10 kilometers from his home without a valid reason. The man was bailed to appear in court on October 28.

A 33-year-old man from Mernda was also arrested after failing to provide his name and address. Still, he had not been charged with any offenses on Saturday afternoon, pending further inquiries, Victoria police said. Three people were fined for failing to wear a mask, while 11 faced infringements for traveling outside the 10km radius imposed by lockdown restrictions.

More than a hundred people will spend the next 14 days quarantine after a single covid case – from a mutant strain – triggered a massive public health response. Two of today’s five new issues were from the Delta strain – a highly infectious variant that spreads twice as fast as other strains. 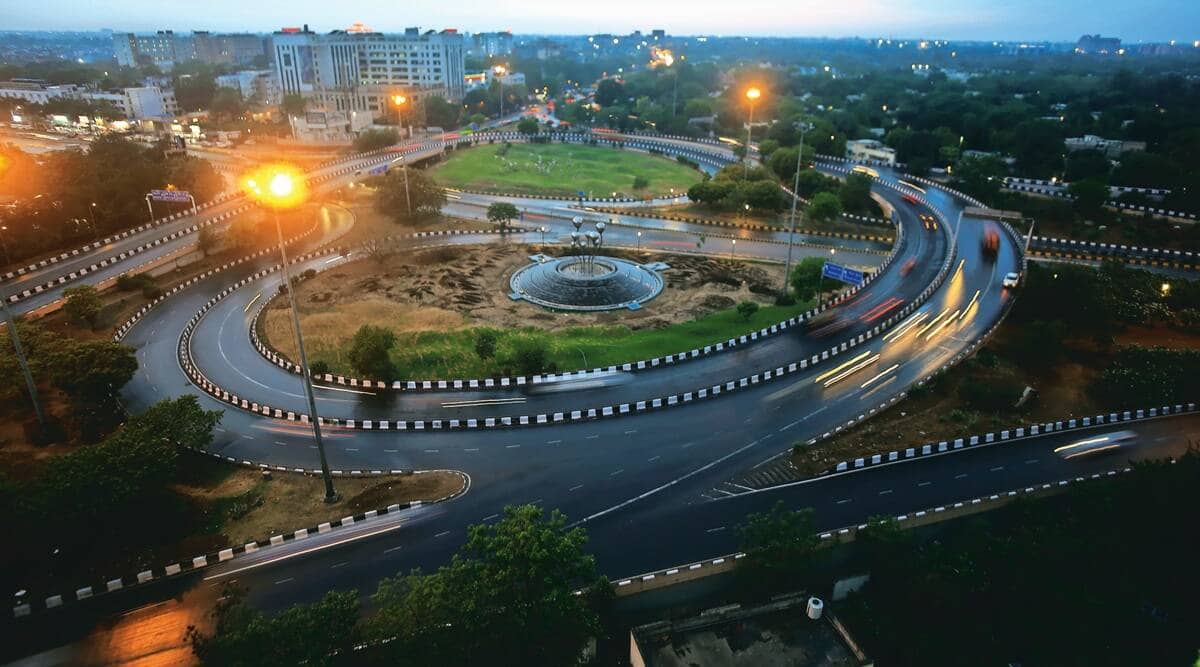 One of the positive cases is employed by Probuild, a large construction company that runs building sites in the CBD. The area the cleaner had worked on was locked down last night, with 170 people ordered into isolation. Probuild released a statement confirming a cleaner for a sub-contractor on its Queen and Collins construction site had tested positive for Covid-19.

It closed the site on Saturday, and all workers are required to isolate and get tested. “Anyone who visited the site between May 31 and June 4 has also been instructed to be tested and isolated immediately,” the statement said.

“Probuild has enacted a deep environmental clean of the complete site and amenities to the cleaning specification of the Department of Health and Human Services in preparation to a return to work when it is safe to do so, and approval has been granted.” Health authorities have confirmed the Delta strain has been found in nine people in Melbourne — including four children.

Mr. Foley said continuing uptake of vaccines across the state was the “off-ramp” for Victoria’s lockdown. Victoria’s chief health officer Professor Brett Sutton said it was “gratifying” that three of today’s five cases had already been in isolation while testing positive. The remaining two cases had not been linked yet, but they had spent time around the shopping centers in Craigieburn and Epping, two known coronavirus hotspots.

Prof Sutton also addressed the upcoming anti-vax protests, expected to hit Melbourne today. “It’s hugely unfortunate that there’s that sentiment in anyone as an individual you’re free not to get it, which I still find some discomfort in, but it is your choice,” he said. “But do not get in the way of those Victorians trying to get vaccinated.”

Testing Commander Jeroen Weimar said the state was “most concerned” about a new cluster of nine cases – which are all from the Delta strain. Today’s two new cases are Delta cases, but Mr. Weimar said authorities were “establishing” a ring around the outbreak. Prof Sutton said, despite contact tracers still not knowing where the Delta outbreak came from, leaders could still have the confidence to ease restrictions next week.

“If we only have those downstream cases and nothing else emerges, I am confident that those pillars of public health response, the contact tracing, and the rings of control that we put in place, we will manage this,” he said. “It is a challenge, the transmissibility, the secondary attack rate being 50 percent greater than the Alpha variant, does mean that you can get a large number of people testing positive, you can get transmissions in other settings more readily. But we can still manage all of that.”

Worrying coronavirus strain around 50 percent more infectious B. 1.617.2, otherwise known as the Delta strain, is the same coronavirus strain that has decimated India. It is also a significant cause for concern in the United Kingdom. US-based epidemiologist Eric Feighl-Ding explained the Delta variant was 50-70 percent more transmissible, and patients were 2.7x more likely to be hospitalized than other variants.

He said about 75 percent of all cases in the UK were the Delta variant. An urgent search is now underway to find the source in Melbourne after genetic testing showed the strain had infected at least two people in a family of four who traveled to NSW’s Jervis Bay in late May.

Officials have refused the rule out whether the virus could have originated in NSW or regional Victoria. “It is a variant of significant concern,” Victoria’s chief health officer Brett Sutton said on Friday. “It’s obviously a concern that it is not linked to other cases, but we are chasing down all those primary case contacts.”

Meanwhile, NSW Health Minister Brad Hazzard suggested that Victoria’s new Covid-19 variant originated in his state. Mr. Hazzard said there was no evidence the family picked up the variant in NSW. “I’ll just say it’s a bit unhelpful to go making any statements that could be either interpreted or could be mistakenly interpreted (in that was. y),” Mr Hazzard told 2GB.

“There is no evidence whatsoever that this family picked up the variant in NSW. Professor Sharon Lewin from the Doherty Institute told ABC News this morning that there is existing concern over the “Kappa” variation – which has also emerged in Covid-stricken India. Professor Lewin said both are about “double as infectious” as the UK variant “Alpha”.

“The Delta variant, this new cluster that was reported yesterday, is dominant in the UK, and they’ve had a little bit of Kappa virus infection,” Professor Lewin began. “From that country, the data is perfect, and the genomic sequencing is frequent. We do know that both of those variants are more infectious than the UK variant, which is now called the Alpha variant,” she explained.

“The estimates are that they’re probably about double as infectious. So, for every person that one person would have infected – two people, previously – they’d perhaps infect double that now.” She added that the severity of illness was “a lot less clear” at resent and is currently based on anecdotal reports. “You really need some very systematic data collection to prove disease severity, and I’m not sure we’ve seen that yet.” “But the same measures still will work, meaning – test, trace, isolate, masks – all the usual things that we use to stop transmission will still work here,” Professor Lewin said.

What is the Delta variant?

The Delta variant spread extremely rapidly across India to become the predominant variant in that country. “Indeed almost the exclusive variant there and in surrounding countries — Nepal, Bangladesh (and) Sri Lanka,” Professor Sutton said. “All are also affected by a significant uptick in cases related to that variant.

Why should we be concerned?

Very high transmissibility potential is the primary concern. There are anecdotal reports of greater severity of illness in children and the potential increase in transmissibility among children. “We’ve got concerns for that reason,” Professor Sutton said.

From the immunovirology and pathogenesis program at UNSW Sydney’s Kirby Institute, Stuart Turville said the number of Delta cases increased globally. “Like what we have seen with Alpha in early 2021, it just means we will see more Delta cases in quarantine and that if there is a breach, it will be highly probable to be that variant,” he said.

What is the critical difference between the Delta and Kappa strains?

Authorities say the Delta strain appears to move more quickly at “casual contact” sites. “I’m not saying it has magical qualities, but we have noticed five exposure sites where transmission has occurred to seven individuals, I believe, who have had less than that usual prolonged indoor home, work, face-to-face settings, or indeed restaurant settings,” Professor Sutton said.

Dr. Turville described the Delta strain as the genetic “cousin” to Kappa. “The key difference is that it has a fitness gain that enables the virus to bind cells better,” he said. “In the lab under controlled conditions, we do see Delta be approximately 1.4 times fitter than Kappa. “While this is a laboratory observation, the displacement of Kappa by Delta in India does support it to be a fitter variant in populations where vaccine immunity is low.”

How do the viruses get their names?

TTo avoid stigma, theWorld Health Organisation recently decided to simplify the virus names with Greek numerals, Alpha, Beta, Gamma, Delta; Australia’s chief medical officer Paul Kelly said this was the third attempt. “One was where they were first being found, the second was a long series of numbers and letters, which was becoming difficult to remember — even for epidemiologists,” he said.

How do the variants respond to vaccines?

When asked about the efficacy of Pfizer and AstraZeneca vaccines currently being rolled out in Australia against Delta and Kappa, Professor Lewin said data from the UK suggested there was high protection against both. “We measure effectiveness against the vaccines in two ways. You can use laboratory tests or see how the vaccine works in practice,” she explained.