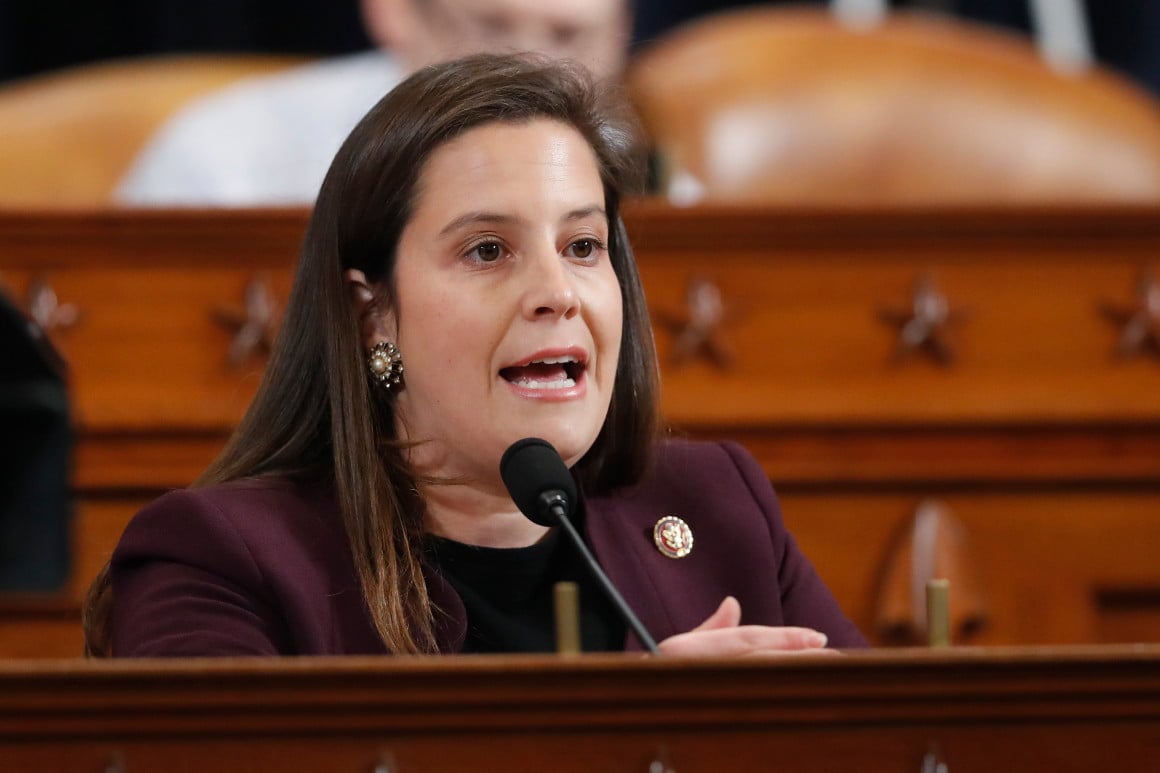 The abrupt ouster of Wyoming Rep. Liz Cheney from the House GOP leadership Wednesday took only minutes, but the expected election Friday of New York Rep. Elise Stefanik to replace her is likely to reverberate through the Republican Party for years.

Stefanik’s election not only will launch the 36-year-old congresswoman as a leading voice of the Republican Party but at an age when she could have decades of political ambition ahead. Her rise – and Cheney’s fall – is also one more sign of the transformation of the GOP into a party defined not by ideology but by personality.

Call it the Trumplican Party. Stefanik is the prime case study in how a one-time establishment Republican who had been critical of Donald Trump managed to become aligned with him and embraced by him. Only a handful of politicians have successfully negotiated that complicated journey. 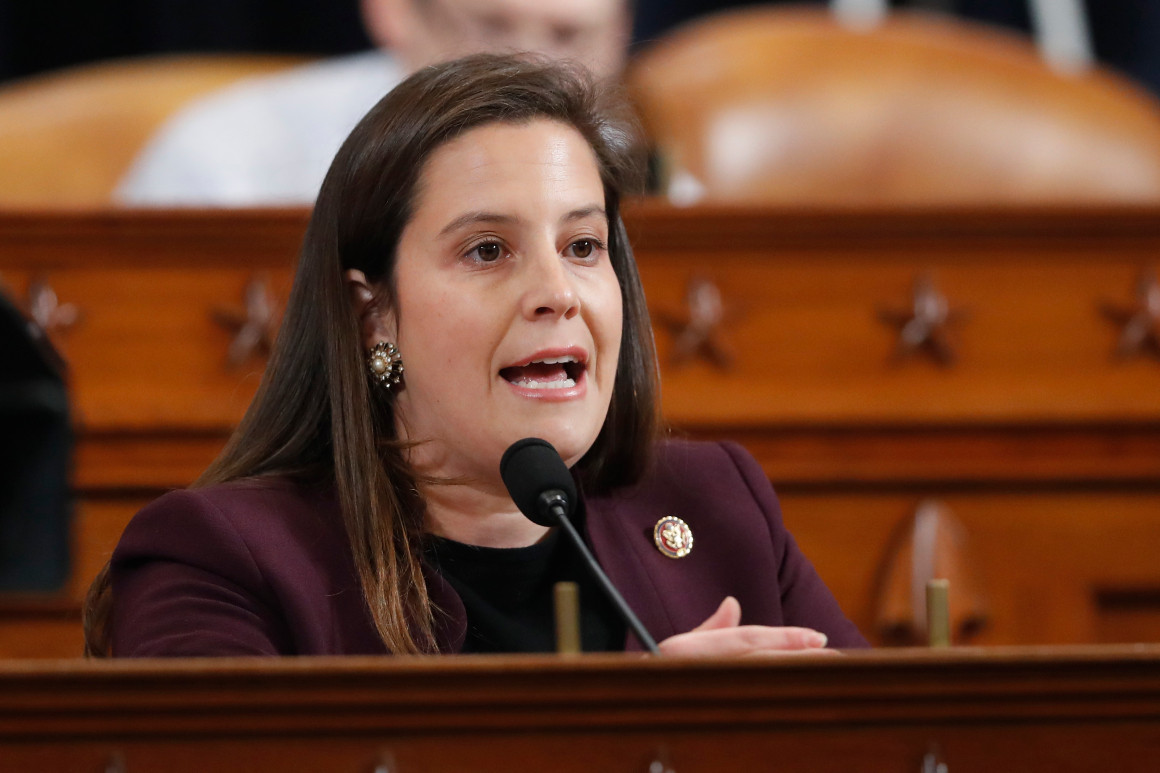 Over the long term, Trump’s redefinition of the GOP may not be sustainable, of course. Cheney and a handful of other prominent Republicans warn that a day of reckoning is ahead over his debunked allegations that the election last November was stolen from him.

In the short term, though, Trump has once again done the unprecedented, this time by continuing to dominate his party after losing the White House. In modern times, partisans at this point are typically debating changes in message and messenger, with the failed candidate an instant persona non grata.

But Trump has stalemated the 2024 presidential field as he suggests he might run again – it would be a battle to deny him the nomination if he wants it – and issues edicts and endorsements. They have shaped some contests in solidly red states such as, for instance, Cheney’s home state of Wyoming.

Now, ensconced in his Mar-a-Lago retreat in Florida, he has succeeded in forcing the replacement of the head of the House Republican Conference on Capitol Hill.

The issue wasn’t policy. Cheney’s voting record is more conservative than Stefanik’s, with an 80% lifetime rating from Heritage Action for America, compared with 48% for Stefanik. Cheney’s record supports Trump, too, voting with him 92.9% of the time, according to a calculation by FiveThirtyEight, compared with 77.7% for Stefanik.

In the early days of Trump’s tenure in the White House, Stefanik voted against his signature tax cut, opposed his ban on refugees from predominantly Muslim countries, and supported special counsel Robert Mueller’s investigation into Moscow’s meddling in the 2016 election. Her history is with charter members of the GOP establishment, as a staffer for President George W. Bush and for House Republican leader Paul Ryan.

But the essential issue for leaders in today’s GOP is no longer fiscal responsibility, muscular national security, or conservative cultural issues. It is loyalty to Trump.

Since Trump’s first impeachment in 2019, Stefanik has become one of his most outspoken supporters. She has repeated allegations, found to be false by independent fact-checkers, that voting problems in Arizona, Georgia, and elsewhere raise questions about whether Democrat Joe Biden was legitimately elected. Cheney’s firing offense was speaking up to defend the 2020 election as fair and square.

Trump crowed about Cheney’s purge moments after it happened. “Liz Cheney is a bitter, horrible human being,” he said in a caustic news release. “She has no personality or anything good having to do with politics or our Country.” He called her “bad for the Republican Party” and “a talking point for Democrats,” and “a warmonger.” He said her family “stupidly pushed us into the never-ending Middle East Disaster.”

That was a reference to her father, Dick Cheney, once a Wyoming representative and member of the House Republican leadership himself before he was appointed to the Cabinet by President George H.W. Bush and then served as vice president for President George W. Bush – the sort of resume once seen as sterling in Republican circles.

In the new GOP, though, pols with last names like Cheney, Bush, Romney, and McCain have been denounced by Trump. That roster of the rejected happens to include the three Republicans who preceded Trump as the party’s presidential nominee.

Five years after he won the nomination himself, most of the voices in the party who decried him and opposed his policies are now either no longer in office, or no longer Republicans, or largely silent. At least for now, Republican voters express more loyalty to Trump himself than to the party he represents.

As she emerged from Wednesday’s closed-door meeting Wednesday morning, which took all of 16 minutes to seal her ouster, Cheney vowed to be the exception. “(The) nation needs a strong Republican Party; the nation needs a party that that is based upon fundamental principles of conservatism, and I am committed and dedicated to ensuring that that’s how this party goes forward, and I plan to lead the fight to do that,” she said.

“I will do everything I can to ensure that the former president never again gets anywhere near the Oval Office.” Cheney, 54, said she would run for reelection next year; Trump promised to back a rival in the GOP primary. “Bring it on,” she replied in an interview with NBC.

‘I will not sit back:’ In a fiery speech, Rep. Liz Cheney calls Trump a ‘threat.’

More: Who is Elise Stefanik?

The battle for the No. 3 post in the House GOP has given Cheney a bigger megaphone and raised the profile of Stefanik. According to Politico, Stefanik has told colleagues that in the next Congress, she would seek to be designated the top Republican on the House Education and Labor Committee.

There is idle speculation about whether the congresswoman from upstate New York would someday seek statewide office in New York, perhaps for the Senate. However, her allegiance to Trump would not be an unalloyed asset in that blue state. On Wednesday, she was focused on the 2022 congressional midterms, when Republicans hope to win back control of the House.

“Despite the media’s endless attempts to divide us, our Members are united in our laser focus on defeating the radical Socialist Democrat agenda of President Biden and Speaker (Nancy) Pelosi,” Stefanik wrote in a “Dear Colleague” letter asking for their support in her bid as conference chair. She had already landed Trump’s endorsement.