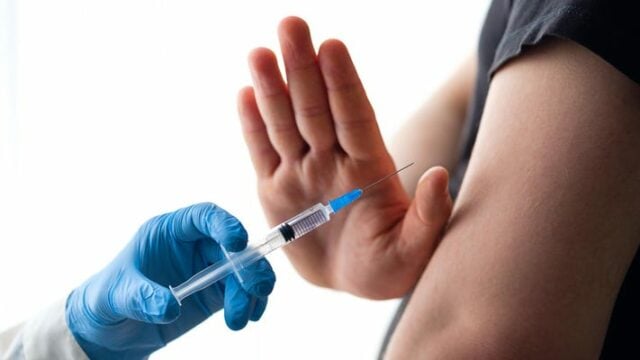 The long-awaited guidance from the Centers for Disease Control and Prevention is welcome news for the growing number of vaccinated adults who want greater freedom to visit family members and take vacations for the first time in a year.It is also expected to help boost the travel and airline industries seeking a relaxation of restrictions.

The agency updated its guidance because of several newly released studies documenting the strong real-world effectiveness of coronavirus vaccines in helping to protect against infection and spread of the virus and the rapid pace of vaccinations, now close to 3 million people a day.

But CDC Director Rochelle Walensky cautioned in a White House briefing Friday that while fully vaccinated people can now travel at low risk to themselves, “I would advocate against general travel overall. Our guidance is silent on recommending or not recommending fully vaccinated people travel. Our guidance speaks to the safety of doing so.” Providing guidance amid a changing pandemic and science is complex, she acknowledged.

“The science shows us that getting fully vaccinated allows you to do more things safely, and it’s important for us to provide that guidance even in the context of rising cases,” Walensky said. “… At the same time, we must balance the science with the fact that most Americans are not yet fully vaccinated, which is likely contributing to a rise in cases.” For that reason, she said, CDC has to continue to reinforce messages about the critical importance of public health measures such as mask-wearing. 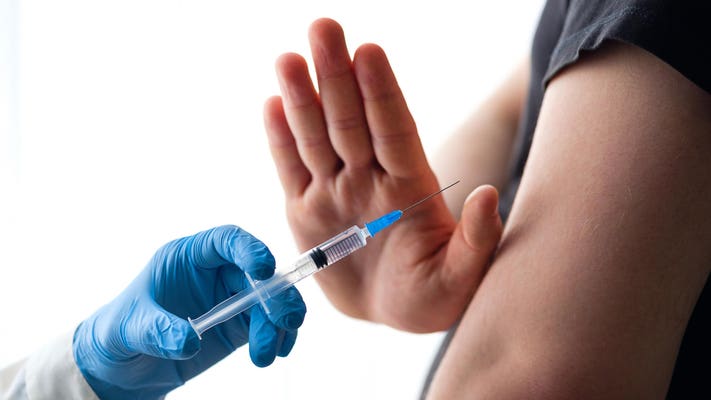 For domestic travel, people two weeks past their final shot do not need to get a coronavirus test before or after trips and do not need to self-quarantine after the journey unless required by a state or local jurisdiction. That means fully vaccinated grandparents can fly to visit their healthy grandchildren without getting a coronavirus test or self-quarantining, provided they follow the other recommended public health measures, such as wearing masks on planes, buses, trains, and other forms of public transportation.

According to the CDC, nearly 40 percent of all adults have received at least one dose of a vaccine, and more than 1 in 5 adults are now fully vaccinated, including more than half of seniors. On Friday, the United States is expected to pass 100 million people getting at least one dose.

Friday’s guidance builds on the agency’s initial recommendations last month that said fully vaccinated Americans can gather with other vaccinated people indoors without wearing a mask or social distancing. Those recommendations also state that vaccinated people can come together in the same way with unvaccinated members in one other household considered at low risk for severe diseases, such as vaccinated grandparents visiting healthy children and grandchildren.

Fully vaccinated people, the agency said, should keep following health and safety precautions in public, including wearing a mask. According to the CDC, since the initial guidance was released on March 8, the number of fully vaccinated Americans has almost doubled, to over 56 million people, or about 17 percent of the total population.

Inoculation efforts in the United States have accelerated as states push to make more adults eligible for shots from one of three authorized vaccines, heeding a call from the president to rapidly expand eligibility. Virtually all states have announced that they have already or will open up eligibility to all those 16 and older by May 1. President Biden has set a goal to have 200 million doses administered under his presidency by April 30, and the nation is already poised to meet that target. The agency updated its recommendations because of newly released studies showing the real-world effectiveness of the vaccines.

In a study released Monday of about 4,000 healthcare personnel and essential workers, the CDC found the Pfizer-BioNTech and Moderna vaccines reduced the risk of infection by 80 percent two weeks after one shot. Protection increased to 90 percent two weeks after the second dose. According to the CDC, the study is significant because it is one of the first to estimate vaccine effectiveness against infection — rather than just monitoring for symptomatic cases — including conditions that resulted in no symptoms.

On Thursday, new data from the ongoing trial of the Pfizer-BioNTech vaccine has reinforced early results showing its high efficacy and provided the first hint that the vaccine may work against the more-virulent B. 1.351 variant first detected in South Africa, which has raised the global alarm because it can evade some forms of immunity. The updated trial data was announced by a news release from the U.S. firm Pfizer and the German company BioNTech and has yet to be peer-reviewed and published.

The CDC’s guidance for nonvaccinated travelers remains the same: They must still get tested one to three days before traveling domestically and again, three to five days afterward. And they should also be self-quarantined for seven days after the trip’s conclusion or for 10 days if they don’t get tested later.

The updated recommendations were welcomed by the air and travel industries, pushing the CDC for changes. Last month, airlines recorded their best month for passenger traffic since the pandemic began. The CDC’s announcement that travel is considered “low-risk” for fully vaccinated patients will likely fuel additional demand.

“The CDC’s data suggests that vaccinated individuals don’t transmit the coronavirus, which opens the door much wider for resuming travel, albeit while continuing to carefully follow other health best practices,” said Roger Dow, president of the U.S. Travel Association. “Acknowledging that vaccinations eliminate the need for testing and quarantines removes a key barrier to domestic travel.”

Officials with the Transportation Security Administration said there were 26 days in March when more than a million people moved through security checkpoints. That number was still far below 2019 when TSA was routinely screening more than 2 million passengers a day, but significantly higher than this point last year. For example, on April 1 of last year, only 124,021 people moved through those checkpoints.

But more lucrative business customers still have not returned. Even so, airlines executives are hopeful the spring travel boom will translate to a busy summer season. In addition to urging the CDC to update its travel guidance for those fully vaccinated, the industry is also pushing the administration to lift restrictions on international visitors.

Last month, a coalition of travel groups, including Airlines for America and the U.S. Travel Association, sent a four-page letter to Jeffrey Zients, the White House’s covid-19 response coordinator, saying they were eager to partner with the administration on a plan to reopen the U.S. to international visitors. “We are ready to welcome back travelers and keep them safe,” the coalition wrote. “And the time to plan for and chart a defined road map to reopen international travel is now.”

In January, the Biden administration extended a ban on travelers from Brazil, the United Kingdom, Ireland, and 26 other European countries. The administration also added those who had recently been in South Africa to the list. The ban had been set to expire on January 26. The decision to extend it as part of an effort to help contain the spread of fast-moving variants.

The coalition said in the letter it hoped to have a plan by May 1 that could be implemented this summer, as long as “vaccine distribution and epidemiological trends continue in a positive direction.” But doing away with the ban may prove trickier given infection trends in Europe, where several countries are reimposing restrictions because of a new surge.