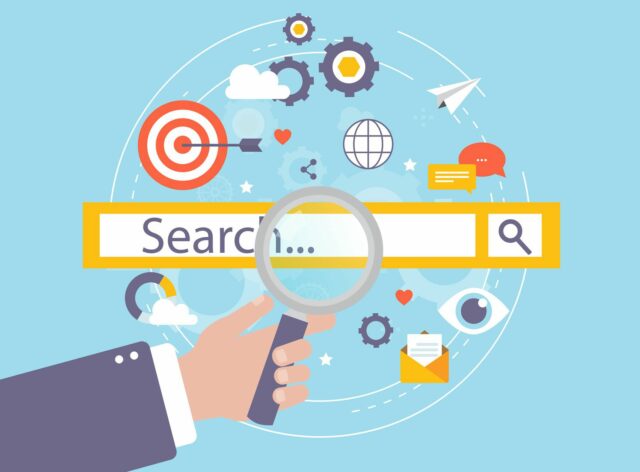 Pro-privacy browser Brave, which has been testing its own brand search engine for several months — operating a waitlist where brave (ha!) early adopters could kick the tires of an upstart alternative in Internet search — has now launched the tool, Brave Search, in global beta.

Users interested in checking out Brave’s non-tracking search engine, built on top of an independent index and touted as a privacy-safe alternative to surveillance tech products like Google search, will find it via Brave’s desktop and mobile browsers. It can also be reached from other browsers via search.brave.com — so it doesn’t require switching to Brave’s browser to use.

Brave Search is being offered as one of the multiple search options that users of the company’s eponymous browser can pick from (including Google’s search engine). But Brave says it will make it the default search in its browser later this year.

As we reported back in March, the company acquired technology and developers who had previously worked on Cliqz, a European anti-tracking search-browser combo that closed down in May 2020 — building on a technology they’d started to develop, called Tailcoat, to form the basis of the Brave-branded search engine.

The (now beta) search engine has been tested by more than 100,000 “early access users” at this point, per Brave. It’s made this video ad to tout its “all in one” alternative to Google search + Chrome. 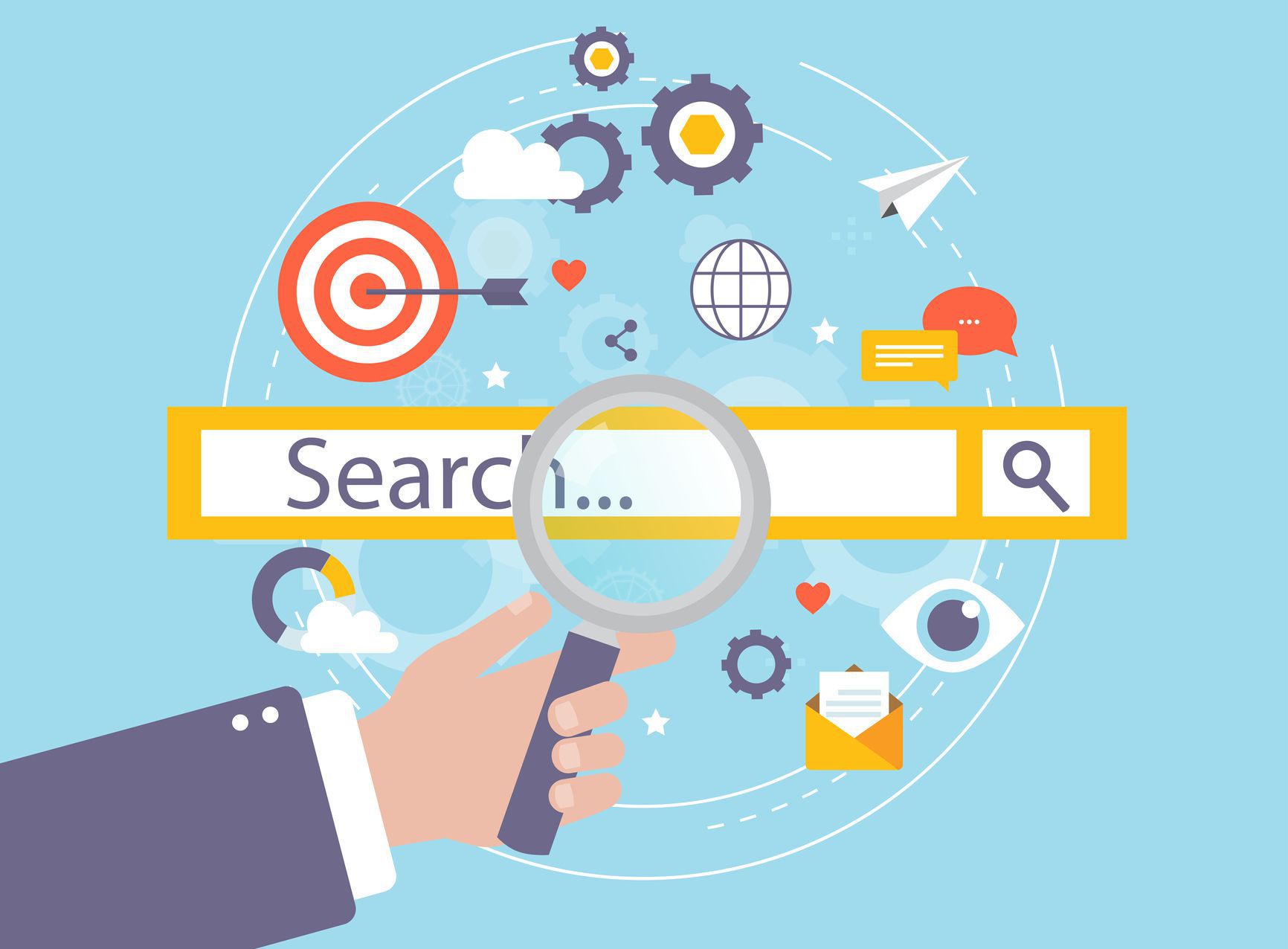 The company recently passed 32M monthly active users (up from 25M back in March) for its more comprehensive suite of products — which, as well as its flagship pro-privacy browser, includes a newsreader (Brave News) a Firewall+VPN service. Brave also offers privacy-preserving Brave Ads for businesses wanting to reach its community of privacy-preferring users.

Growing public awareness of surveillance-based business models has been building momentum for pro-privacy consumer tech for several years. And several players who started out with a strong focus on one particular pro-privacy product (such as a browser, search engine, or email) have been expanding into a full suite of products — all under the same non-tracking umbrella.

As well as Brave, there’s the likes of DuckDuckGo — which offers non-tracking search but also a tracker blocker and an email inbox protector tool, among other products, and reckons it now has between 70M-100M users overall; and Proton, the maker of e2e-encrypted email service ProtonMail but also a cloud calendar and file storage as well as a VPN. The latter recently confirmed passing 50M users globally.

There is also Apple itself, too, of course — a Big Tech giant that competes with Google and the adtech complex by promising users a privacy premium to drive sales of its hardware and services. (At the start of this year, Apple said there are now over 1BN iOS users globally — and above 1.65BN Apple devices.)

Tl;dr: The market for privacy consumer tech is growing.

Still, even Apple doesn’t compete against Google search, which perhaps underlines the scale of the challenge involved in trying to poach users from the search behemoth. (Albeit, Apple extracts massive payments from Google to preload the latter’s search engine onto iOS devices — which does conflict with (and complicate) it’s wider, pro-privacy, pro-user promises while also adding a nice revenue boost for Apple… ).

DuckDuckGo has, by contrast, been at the non-tracking search coalface for years — and turning a profit since 2014. Though clearly not in the same profit league as Apple. But, more recently, it’s also taken in rare tranches of external funding as its investors spy growing opportunities for private search.

Other signs of expanding public appetite to protect people’s information from commercial snoopers include the surge of usage for e2e encrypted alternatives to Facebook-owned WhatsApp — such as Signal — which saw a download spike earlier this year after the advertising giant announced unilateral changes to WhatsApp’s terms of service.

Credible players that have amassed a community of engaged users around a core user privacy promise are well-positioned to ride each new wave of privacy interest — and cross-sell a suite of consumer products where they’ve been able to expand their utility. Hence Brave believes the time is right for it to dabble in search.

Commenting in a statement, Brendan Eich, CEO and co-founder of Brave said: “Brave Search is the industry’s most private search engine, as well as the only independent search engine, giving users the control and confidence they seek in alternatives to big tech. Unlike older search engines that track and profile users and newer search engines that are mostly skin on older machines and don’t have their own indexes, Brave Search offers a new way to get relevant results with a community-powered index while guaranteeing privacy.

Brave Search fills a clear void in the market today as millions of people have lost trust in the surveillance economy and actively seek solutions to be in control of their data.” Brave touts its eponymous search offering as having several differentiating features vs. rivals (including smaller competitors) — such as its own index, which it also says gives it independence from other search providers.

Why is having an independent index important? We put that question to Josep M. Pujol, chief of search at Brave, who told us: “There are plenty of incentives for censorship and biases, either by design or what is even more challenging to combat, unintentional. The problem of search and how people access the web is that it is a mono-culture, and everybody knows that while it’s very efficient, it’s also hazardous.

A single disease can kill all the crops. The current landscape is not fail-tolerant, and this is something that even users are becoming aware of. We need more choices, not to replace Google or Bing, but to offer alternatives. More options will entail more freedom and also get back to real competition with checks and balances.

“Choice can only be achieved by being independent, as if we do not have our own index, then we are just a layer of paint on top of Google and Bing, unable to change much or anything in the results for users’ queries. Not having your own index, as with certain search engines, gives the impression of choice, but in reality, such engine ‘skins’ are the same players as the big two.

Only by building our own index, which is a costly proposition, will we be in a position to offer genuine choice to the users for the benefit of all, whether they are Brave Search users or not.” Although, for now, it’s worth noting that Brave is relying on some provision from other search providers — for specific queries and in areas like image search (where, for example, it says it’s currently fetching results from Microsoft-owned Bing) — to ensure its effects achieve good relevancy.

Elsewhere it also says it’s relying upon anonymized contributions from the community to improve and refine results — and is seeking to live up to broader transparency claims vis-a-vis the search index (which it also claims has “no secret methods or algorithms to bias results”; and for which it will “soon” be offering “community-curated open ranking models to ensure diversity and prevent algorithmic biases and outright censorship”).

In another transparency step, Brave reports the percentage of users’ queries that are independent by showing what it bills as “the industry’s first search independence metric,” — meaning it displays the ratio of results coming exclusively from its own index.

“It is derived privately using the user’s browser as we do not build user profiles,” Brave notes in a press release. “Users can check this aggregate metric to verify the independence of their results and see how results are powered by our own index, or if third-parties are being used for long-tail results while we are still in the process of building our index.”

It adds that Brave Search will “typically be answering most queries, reflected by a high independence metric”. Although if you’re performing an image search, for example, you’ll see the independence metric take a hit (but Brave confirms this will not result in any tracking of users).

“[Transparency] is a key principle at Brave, and there will also be a global independence metric for Brave Search across all searches, which we will make publicly available to show how we are progressing towards complete independence,” it adds.

On the monetization side, Brave says it will “soon” be offering both a paid ad-free version of search in the future and an ad-supported free version — while still pledging “fully anonymous” tracking. Though it specifies that it won’t be flipping the ad switch during the early beta phase.

“We will offer options for both ad-free paid search and ad-supported free search later,” it notes. “When we are ready, we will explore bringing private ads with BAT revenue share to search, as we’ve done for Brave user ads.” Users of the search engine who do not also use Brave’s own browser will be served contextual ads.

“In Brave Search via the browser, strong privacy guarantees for opt-in ads are a norm and a brand value that we uphold,” adds Pujol, confirming that users of its search and browser are likely to get the same type of ad targeting.

Asked about the pricing of the forthcoming ad-free version of the search engine, he says: “Although we have not finalized the launch date or the price yet, our ad-free paid search will be affordable because we believe search, and access to information, should be available on fair terms for everyone.”

In an interesting recent development in Europe, Google — under pressure from antitrust regulators — has agreed to ditch a pay-to-play auction model for the choice screen it offers regional users of its Android platform, letting them pick a default search engine from the list with several rivals and its own brand Google search. The move should expand the number of alternative search engines Android users in Europe are exposed to — and could help chip away at some of Google’s search marketshare.

“After all, Brave Search is open to everyone who would like to use it, and we are open and happy to put Brave Search on any platform.” “We have localized browsers throughout the European market, so in addition to growth via the Brave browser growing, we intend to grow Brave Search’s usage by marketing our best-in-class privacy on all media that reach prospective users,” he adds.