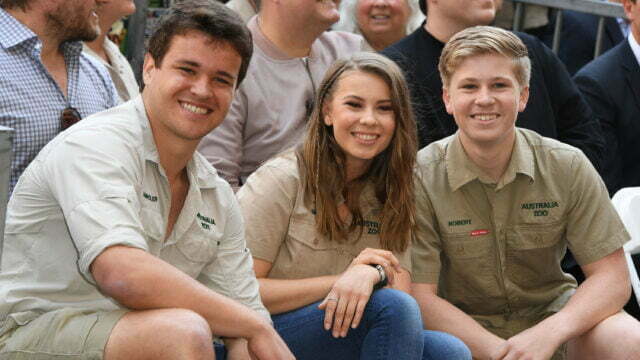 While Bindi Irwin hasn’t returned from her social media hiatus, her husband Chandler Powell kept fans in the loop about their daughter’s latest animal milestone Sunday. Powell snapped a picture of Irwin kneeling down near a group of adolescent kangaroos around while she held their 3-month-old Grace and shared the image to Instagram and Twitter for the family’s fans.

“Introducing our @australiazoo kangaroo joey to our human joey,” he captioned the post, which shows one of the marsupials taking an interest in their tiny human. “Grace absolutely loved meeting the littlest roos with her mama” The life update comes shortly after Irwin announced she’d be taking a social media break after she faced criticism over shedding light on some family drama around Father’s Day.

Irwin, 22, highlighted her late father, husband, and father-in-law in a Facebook post to celebrate the holiday. And when she was questioned on why she had left out her 82-year-old grandfather from the shout-out, she reportedly wrote it was due to their lacking relationship, according to 7News. 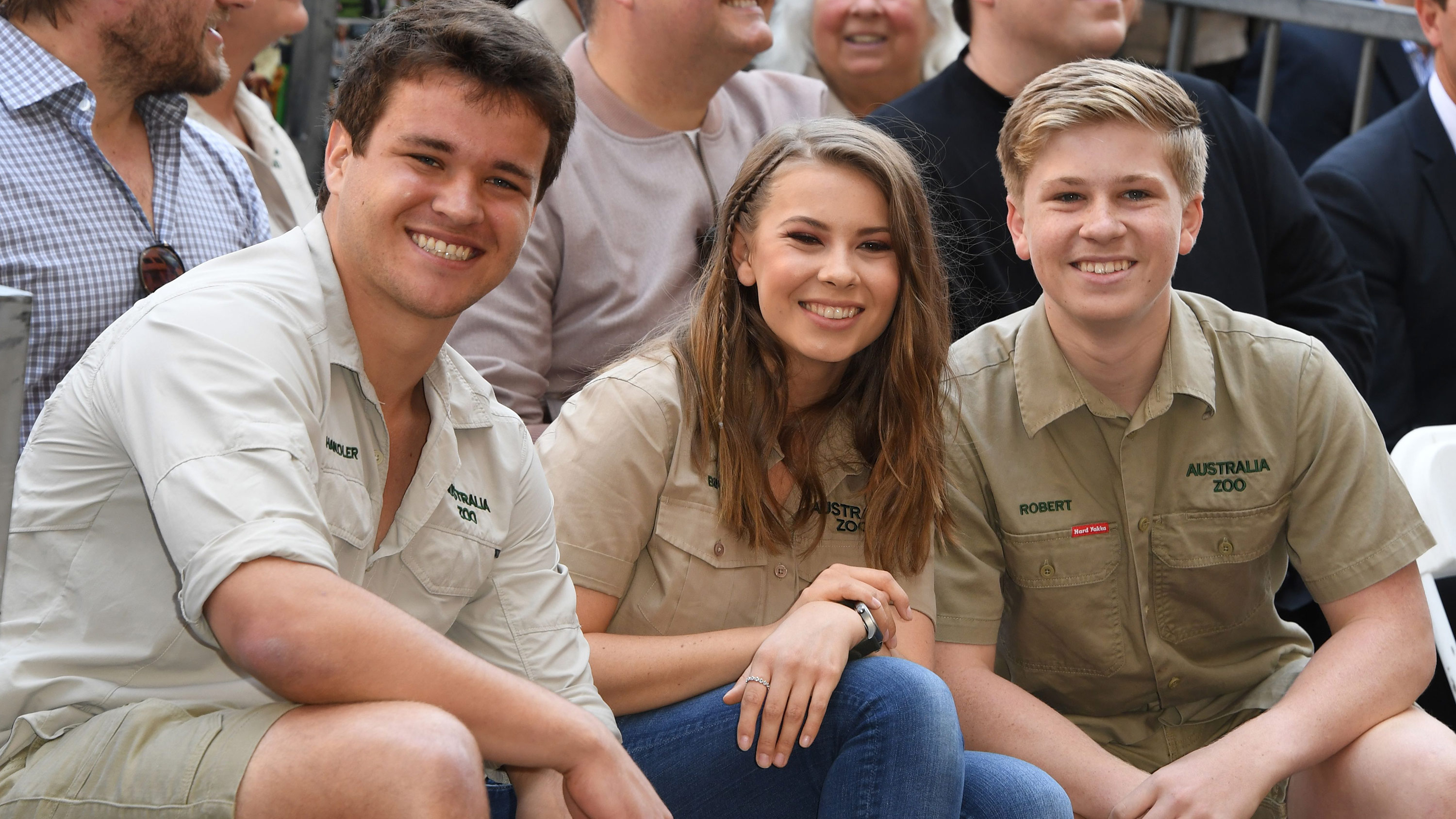 The young wildlife conservationist and TV personality wrote a lengthy explanation stating she believes she’s been the victim of “psychological abuse” from her grandfather Bob Irwin, which allegedly includes not showing interest in spending time with her or her family and returning opened gifts, among other transgressive behaviors. Bob has not spoken out about Irwin’s publicized allegations. However, other family members and friends refuted Irwin’s claims with their own Facebook rebuttals, according to a report from news.com.au.

“Unbeknownst to you, and what you know, he is suffering deeply for the loss of his family,” French wrote. “He’s not someone who is out there about reaching out and communicating; he’s like your Dad was. An introvert and not someone who can navigate people well… He loves your Dad, and you guys more than you know. This should be a private matter not written about on Facebook.” News of the Irwin family’s dispute comes roughly three months before the 15th anniversary of Steve Irwin’s death.

The famous Australian zookeeper, environmentalist, and media icon was nicknamed The Crocodile Hunter and appeared in several TV programs between 1996 and 2007. He passed away at the age of 44 while filming a documentary in the Great Barrier Reef, where a stingray’s barb hit him in the chest.