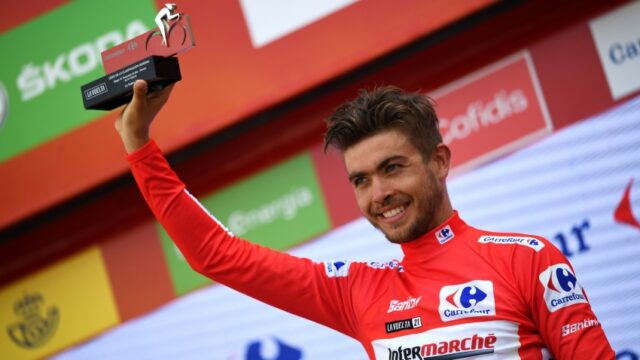 PICO VILLUERCAS, Spain – Four years later, Romain Bardet can again savor a win at a Grand Tour. The 30-year-old rider ended his wait on Saturday when he won the mountainous 14th stage of the Spanish Vuelta. Previously seen as one of France’s best bets to win the Tour de France, Bardet finished the 2016 Tour runner-up and was third in the great race in 2017 – the same year he won his last of three stages at the Tour.

Since then, he had not won a stage at a primary race, while again coming so close at the 2018 World Championships when he finished second behind Alejandro Valverde. “We try to do our best every day and this stage win is an amazing one. It’s been a long wait,” Bardet said. “I didn’t think about it today, I just focused on giving it my all. It went well from the start.”

The DSM leader won the 165.7-kilometer (103-mile) stage in western Spain in 4 hours, 20 minutes, 36 seconds after dropping the last of his companions in a breakaway on the day’s third climb to the finish atop the category-one Pico Villuercas. In the peloton, surprise leader Odd Christian Eiking did well to limit the damage to his overall advantage with one week remaining.

Hiking, a Norwegian rider for Intermarche-Wanty, ensured that he will wear the red jersey for a fifth consecutive day after clinging to the tail end of the group of the hardiest general classification riders as the pace picked up on the final ascent. 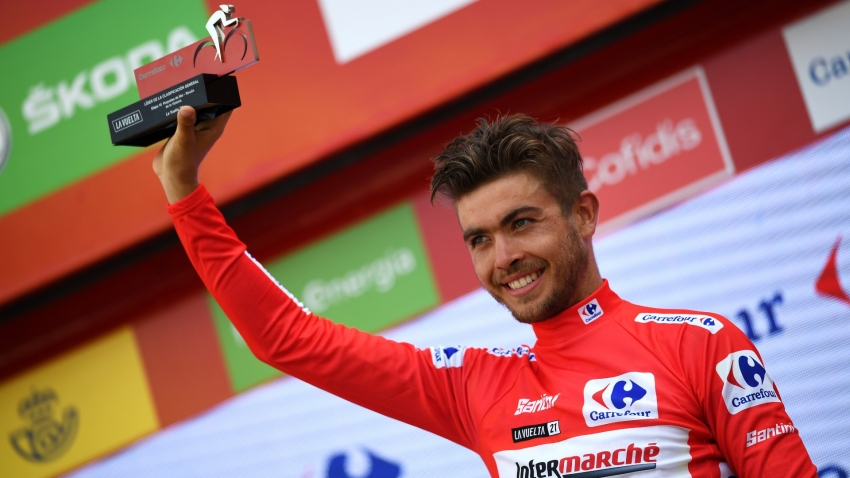 Hiking said before Saturday’s stage that if two-time defending champion Primoz Roglic wanted to go on the attack, he would likely have difficulty holding him off. Roglic ceded the race lead on Stage 10 when he fell, losing time to riders in a breakaway group that included Hiking.

But Viking’s rivals did not take advantage of rugged hilly terrain before Saturday’s final ascent. And when Roglic’s Jumbo-Visma, Enric Mas’ Movistar, and Guillaume Martin’s Cofidis all took turns attacking over the last uphill kilometers, Eiking was not to be broken. Roglic could only carve 20 seconds from Viking’s lead and remained third overall at 1 minute, 36 seconds behind.

Martin is second at :54 back; Mas fourth at 2:11. “I felt it was under control most of the day and I hoped it wouldn’t be too hard in the final climb,” Hiking said. “It wasn’t too steep, so I gambled, trying to stay as much as possible on the wheels.”

Hiking felt confident that he could keep the race lead on Sunday when riders faced 197.5 kilometers (122.7 miles) and four climbs between Navalmoral de la Mata and El Barraco. “My legs feel quite good,” he said. The breakaway group of 18 riders, none in contention for the overall lead, opened up a significant gap over the peloton early on.

Nicolas Prodhomme led the race by a minute as he started the final 14-kilometer (8.6-mile) climb. But he quickly lost the advantage. Bardet powered past him, and fellow pursuer Andrey Zeits with 6 kilometers (3.7 miles) left. Bardet crossed the finish line 44 seconds ahead of Jesus Herrada. Jay Vine was third after he recovered from a nasty fall while receiving assistance from a car.

“No one wanted to commit in the breakaway, so I had a tough time to catch the riders at the front,” Bardet said. “But at the end I think we played it smartly with my sports director, who told me exactly when to attack, at the steepest part.” Bardet wins Vuelta’s 14th stage, Eiking limits the damage originally appeared on NBCSports.com