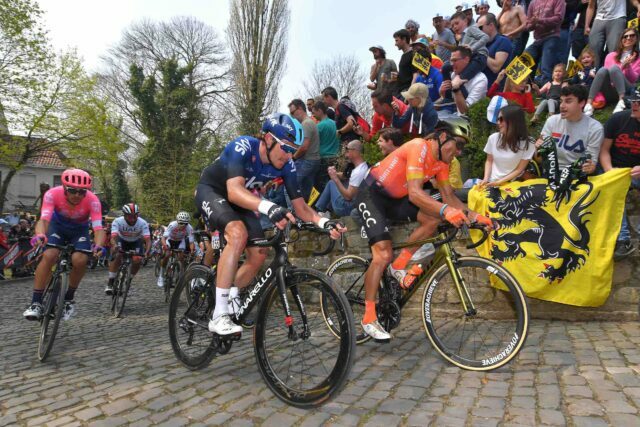 OUDENAARDE, Belgium — Danish cyclist Kasper Asgreen timed his attack perfectly with about 250 meters left and overtook Dutchman Mathieu Van der Poel to win the Tour of Flanders classic for the first time. Asgreen sat on the defending champion’s wheel entering the last kilometer and then surged ahead of Van der Poel, who tried to resist but eased up just before the line when he knew defeat was inevitable.

“I felt good in the last kilometers still, so I decided to try and trust my sprint,” the 26-year-old Elegant-QuickStep rider said. “I decided to stay (on) the wheel, so I could decide when to go. It was a tough race. We were both on the limit. It was a question of margins at the end.” Both completed the 254-kilometer (157.5-mile) trek in just over six hours. The last Dane to win the race was Rolf Sorensen in 1997.

It was Asgreen’s second big win of the season after victory late last month at the E3 Classic, which was also held in the Flanders region of Belgium. Van der Poel, who rides for the Alpecin-Fenix team, won last year’s exciting race in a photo finish ahead of his former Cyclo-cross rival Wout van Aert of Belgium, who was dropped from the leading group of three riders with 17 kilometers (10.5 miles) to go. He finished third, about 30 seconds behind the front two. 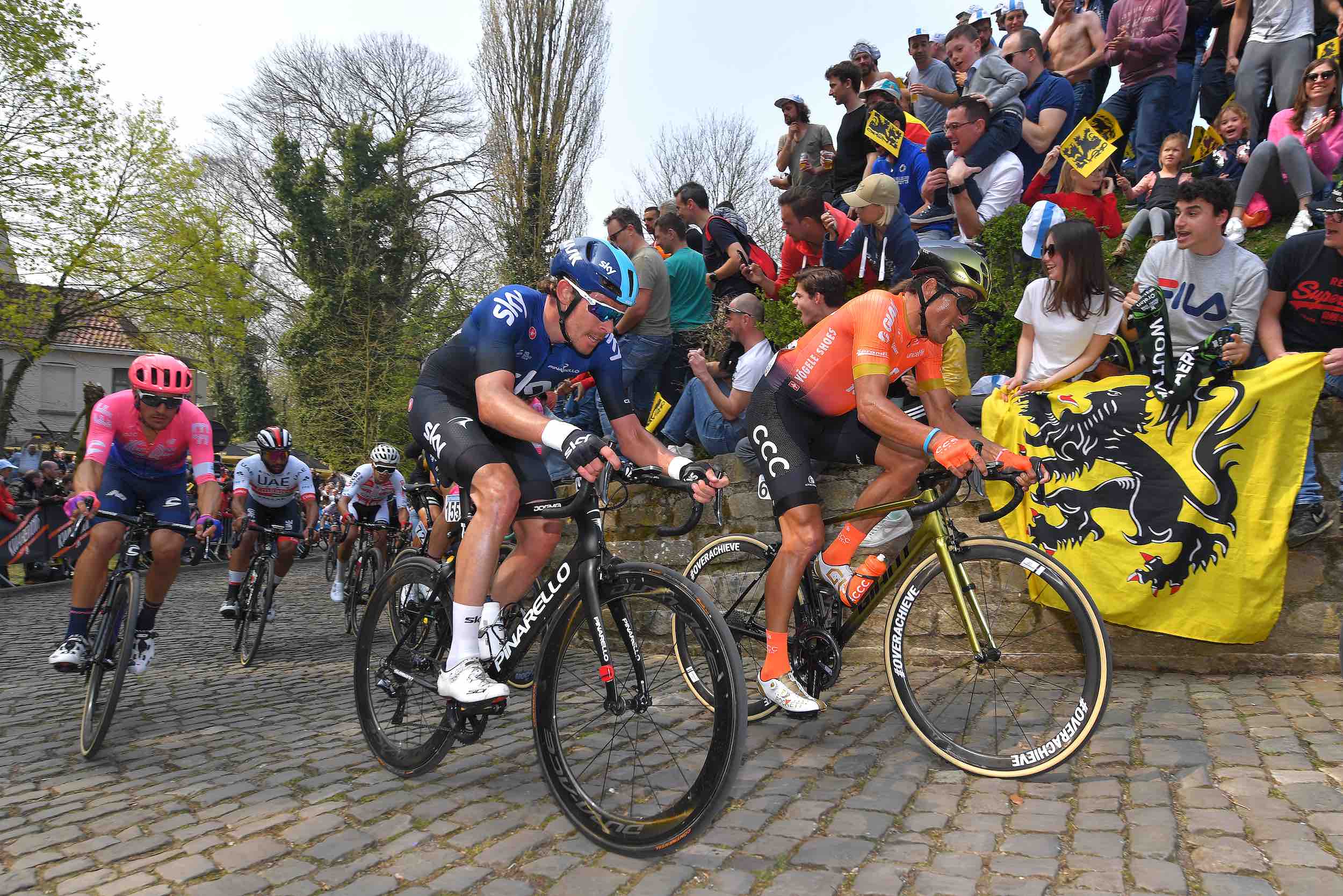 His father, Adrie van der Poel won the race in 1986. Two riders were disqualified for an incident that happened within the first hour of the race. Kazakh Yevgeniy Fedorov and Belgian Otto Vergaerde were kicked out after Vergaerde almost rode into the back of Fedorov when he suddenly hit the brakes and retaliated by shoulder barging him.

First held in 1913, the race in the Flemish Ardennes region is also known as De Ronde and is one of five classics along with Milan-San Remo, Paris-Roubaix, Liege-Bastogne-Liege, and the Giro di Lombardia. It features multiple short but punishing climbs – such as the Paterberg and Koppenberg – and is one of the two classics with cobblestone sections along with Paris-Roubaix. The showcase French Classic is postponed until October because of the coronavirus pandemic. Asgreen beats Van der Poel to win Tour of Flanders originally appeared on NBCSports.com