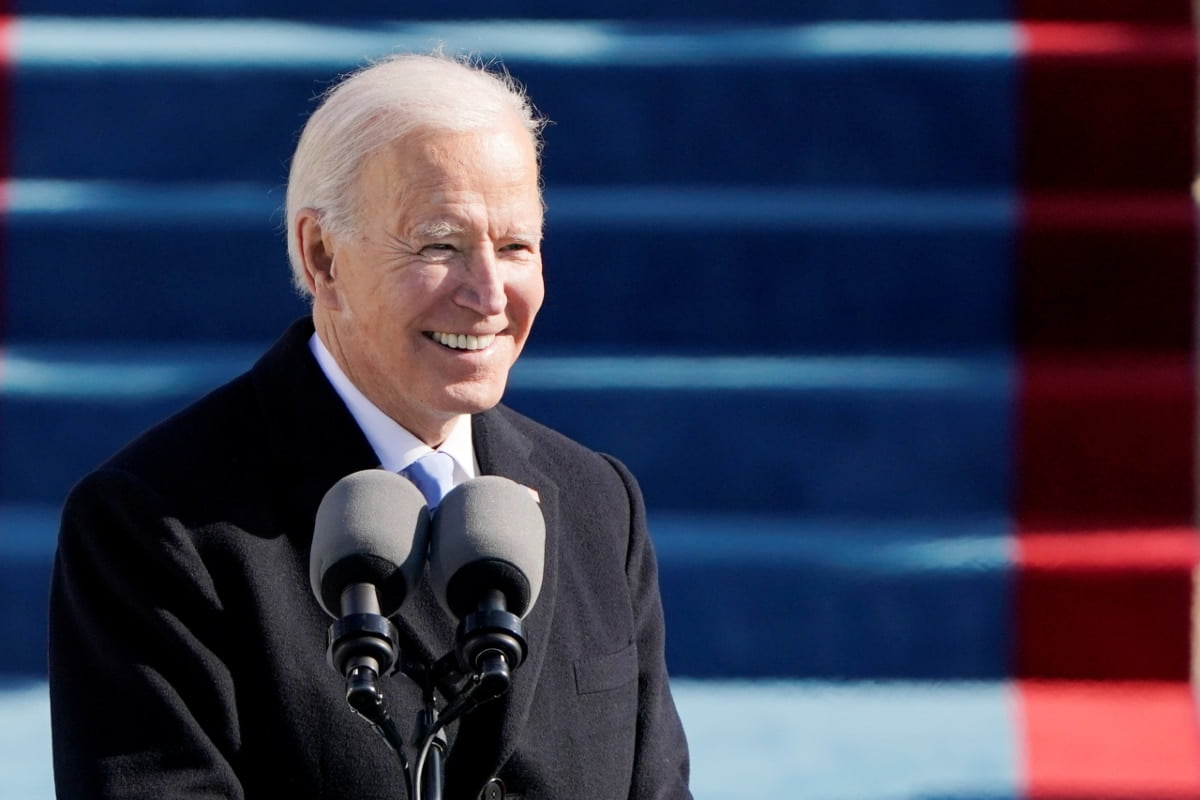 The claim: An image shows Olivia Rodrigo and Joe Biden at a White House press briefing

After 18-year-old pop star Olivia Rodrigo took a trip to Washington to encourage young people to get vaccinated against COVID-19, misinformation emerged online. The singer-songwriter met July 14 with President Joe Biden and his chief medical adviser, Dr. Anthony Fauci, to participate in a vaccination campaign on social media.

Now, some people are sharing a photo that shows Biden touching Rodrigo’s shoulders from behind. “(White House press secretary Jen) Psaki(‘s) face says it all,” one user captioned the photo, which was published July 15 on Facebook.

The photo has gained 2,000 shares. But it’s manipulated – Biden wasn’t at the press briefing with Rodrigo. USA TODAY reached out to the Facebook user who shared the post for comment.

Biden wasn’t at a press briefing

The original, unaltered photo shows Rodrigo and Psaki in the James S. Brady Press Briefing Room on July 14. Biden is not in the image, and he does not appear during the entire one-hour news conference. After she visited the White House, Rodrigo and Biden shared photos on social media. None of those images show Biden with his hands on Rodrigo’s shoulders. They offer the duo taking selfies and wearing aviators.

Photo of Biden from 2015, previously misused.

This isn’t the first time social media users have shared altered or misleading footage to portray Biden as sexually inappropriate. The manipulated image in the Facebook post uses a 2015 photo of Biden at the swearing-in ceremony of then-Defense Secretary Ash Carter at the Pentagon. Biden is shown leaning toward Carter’s wife, Stephanie, with his hands on her shoulders.

Biden critics shared the photo ahead of the 2020 presidential election to say he was being inappropriately affectionate. But in a March 2019 Medium post, Stephanie Carter disputed the accusations, writing that Biden leaned toward her “to tell me ‘thank you for letting him do this and kept his hands on my shoulders as a means of offering his support.”

“But a still shot was taken from a video – misleadingly extracted from what was a long moment between close friends – sent out in a snarky tweet – came to be the lasting image of that day,” she wrote. Social media users have also previously shared an altered image of Psaki and Biden and a misrepresented video of Biden consoling his grandson at a funeral. Pedophilia allegations against Biden have been debunked by independent fact-checking organizations.

Based on our research, an image claiming to show Rodrigo and Biden at a White House press briefing is ALTERED. The original image does not show Biden putting his hands on Rodrigo’s shoulders. Biden did not appear at the press briefing Rodrigo spoke at. The photo of Biden is from 2015 and has previously been shared to depict him as being inappropriate.

Thank you for supporting our journalism. You can subscribe to our print edition, ad-free app, or electronic newspaper replica here. Our fact-check work is supported in part by a grant from Facebook.