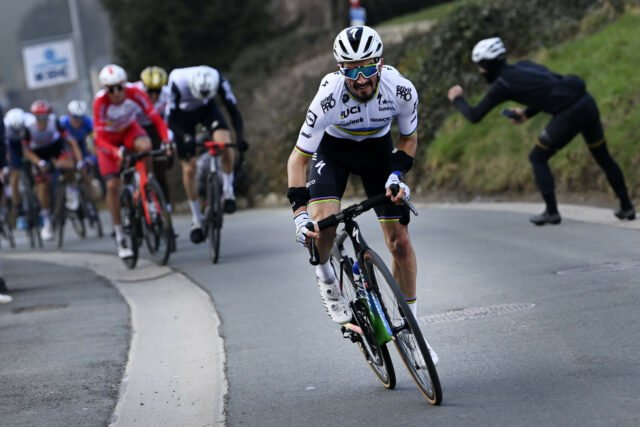 HUY, Belgium — Julian Alaphilippe earned his third victory in the Flèche Wallonne one-day classic, overtaking Spanish Vuelta champion Primoz Roglič on the final ascent to the finish line. Roglič, the Tour de France runner-up, attacked up the grueling Mur de Huy about 350 meters out but couldn’t hold off the 28-year-old Frenchman, who also won in 2018 and ’19.

The Deceuninck-Quick Step rider finished the 194-kilometer (120-mile) course in 4 hours, 36 minutes, 25 seconds. Roglič was credited the same time, and Alejandro Valverde of Spain’s five-time winner was third, six seconds back. Alaphilippe, the world champion, wagged his finger and smiled after edging the Slovenian at the finish of the 85th edition of the race. Other three-time winners include Belgian great Eddy Merckx.

“It’s the legs that make the difference on this hard climb,” said Alaphilippe, who will now prepare for the Liège-Bastogne-Liège race. “It wasn’t easy with Roglic out front and Valverde on my wheel. Both were very strong, but I managed to pull it off.”

Roglič, making his Flèche Wallonne debut, deflected questions about whether he attacked too early. “Too early or too late – at the end, I was not strong enough. Julian was stronger today,” he said. “I did my best. He was strongest and deserves to win.” 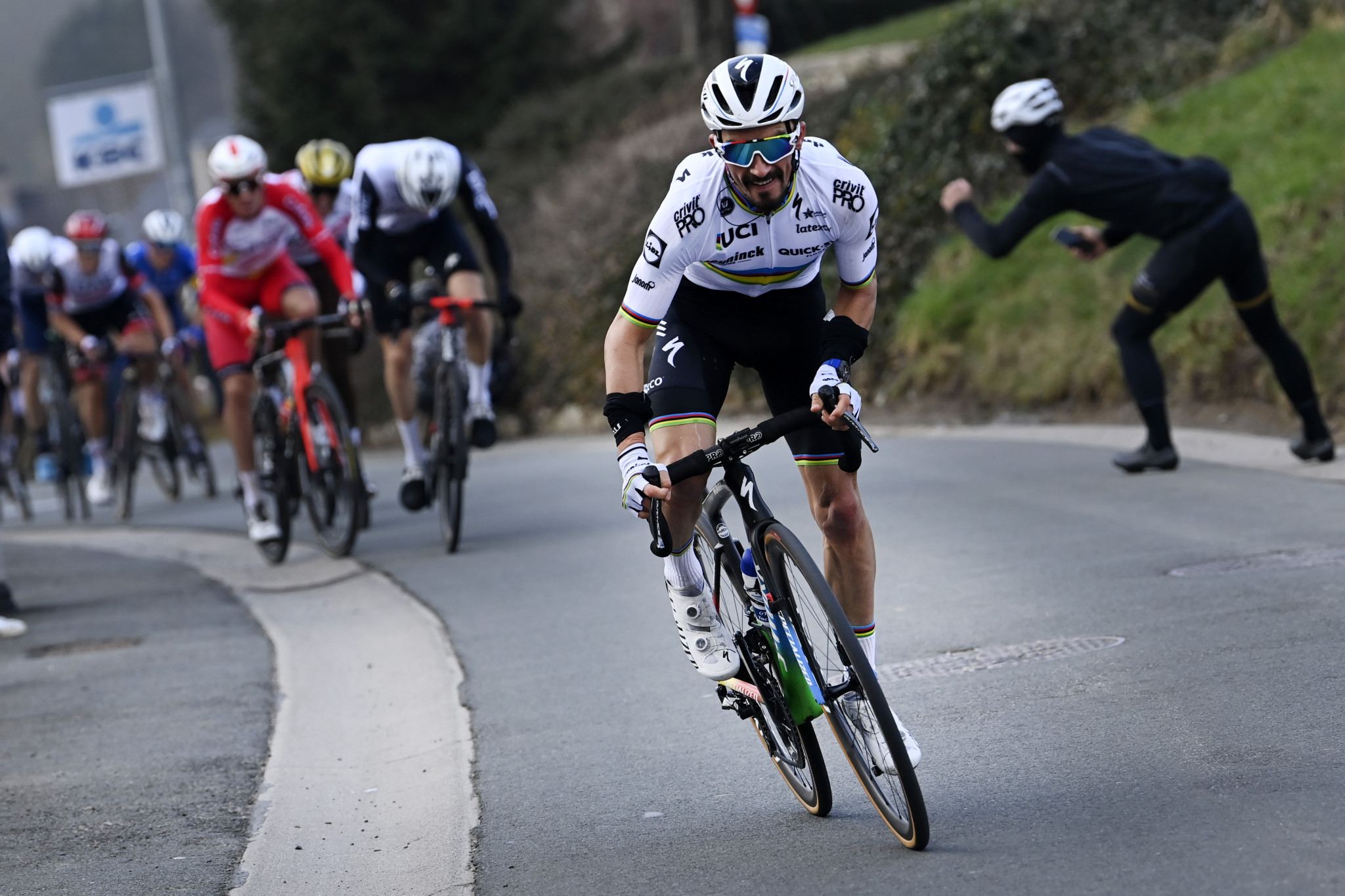 Valverde, who turns 41, said he was “happy to have finished on the podium.” The peloton swallowed up the last of a breakaway group with only 1.5 kilometers left when French rider Maurits Lammertink was caught at the bottom of the Mur de Huy.

Before the race, Tour de France champion Tadej Pogacar and defending champion Marc Hirschi were last-minute withdrawals after their UAE Team Emirates team had two positive coronavirus tests, even though the team was previously vaccinated.

World champion Anna van der Breggen won for the seventh straight time in the women’s race by outclimbing Kasia Niewiadoma on the final ascent. “I think it was the most difficult one. I’m thrilled to finish it off like that,” the 31-year-old Dutch rider said. Last year’s Flèche Wallonne was pushed back to September because of the coronavirus pandemic. Alaphilippe, Van der Breggen win Flèche Wallonne races originally appeared on NBCSports.com