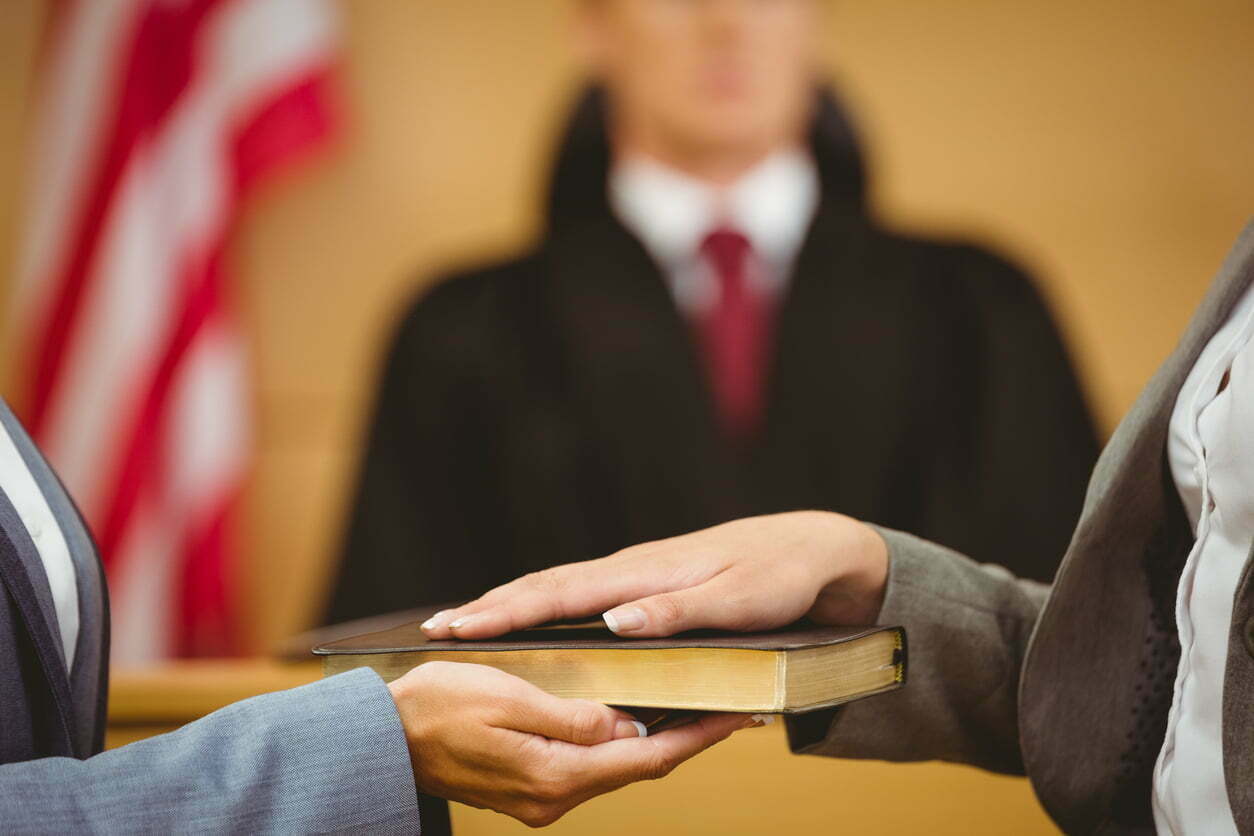 MINNEAPOLIS – The first witness was called, and attorneys began laying out their cases Monday in the trial of former Minneapolis police officer Derek Chauvin, who was charged in the death of George Floyd last spring.

Any question about how and when the graphic bystander video of Floyd’s death would be used in the trial was answered just minutes into Monday’s opening statements. The prosecution played the whole video for the jury – all 9 minutes and 29 seconds of it, complete with audio of Floyd gasping “I can’t breathe” 27 times and witnesses urging Chauvin to get off Floyd’s neck.

Follow the trial: Sign up here to get updates and analysis from the courtroom and Minneapolis via SMS. Follow USA TODAY Network reporters on Twitter or get email updates by subscribing to the Daily Briefing newsletter. Article Summary show
The first witness, a 911 dispatcher, said she had ‘gut instinct’ something was wrong.
Defense says the evidence is ‘far greater than 9 minutes and 29 seconds
Prosecution plays bystander video, says case ‘is not about all police.’
Floyd family members take a knee outside the courthouse: ‘The whole world is watching.’
How to watch opening statements in the Derek Chuavin trial
What’s happened so far in Chauvin’s trial?
Who are the jurors?

The first witness, a 911 dispatcher, said she had ‘gut instinct’ something was wrong.

Two hours after the court opened Monday morning, the defense called its first witness: Jena Lee Scurry, a 911 dispatcher. She was working the day of Floyd’s death and alerted a supervisor that something was awry in the incident.

Prosecutor Matthew Frank showed video from the street camera of the sidewalk and street outside of Cup Foods, where Floyd was arrested. Scurry said she remembered looking up at her screen and seeing portions of the live feed from city surveillance videos. She said she remembered seeing Floyd in the cop car. Later, she looked up and saw Floyd was on the ground, and the people in the video did not appear to move for a while.

“I first asked if the screens had frozen because it hadn’t changed,” Scurry said, adding, “I became concerned that something might be wrong … it was a gut instinct of, in the incident, something’s not going right.”

Scurry said she called a supervisor. “If this was a form of use of force, I was calling to let them know,” she said.  Frank then asked: “Have you ever, prior to that date, made a call like that to a sergeant?”  “No,” Scurry replied.

Frank played the court a recording of the call Scurry made to the sergeant, where she can be heard saying, “You can call me a snitch if you want to … I don’t know if they have used force or not. They got something out of the squad (car) and all of them sat on this man.”

Lead defense attorney Eric Nelson gave a 25-minute opening statement, arguing the evidence in the case is “far greater than 9 minutes and 29 seconds.” He said Floyd died as a result of the drugs in his system and underlying medical conditions.

Nelson said that other videos will be watched during the roughly month-long trial that gives a broader view of what took place on May 25, 2020, depicting a scene where Floyd was on drugs and resisting arrest.

The arrest, Nelson said, was complicated by the size difference between Chauvin, at 5-foot-9 and about 140 pounds, and Floyd, who stood more than 6 feet tall and weighed more than 220 pounds. Rather than having his legs on Chauvin’s neck and back – as the prosecution alleges – Chauvin, according to Nelson, had one leg on Floyd’s shoulder blade and another on his arm. Nelson stated that cause of death would be an enormous factor of the trial, disputing that Floyd died of asphyxia and stating:

“What was Mr. Floyd’s actual cause of death? The evidence will show that Mr. Floyd died of a cardiac arrhythmia that occurred as a result of hypertension, coronary disease, the ingestion of methamphetamine and fentanyl, and the adrenaline flowing through his body – all of which acted to further compromise an already compromised heart.” Nelson said “there is no political or social cause in this court.” He told Chauvin “did exactly what he had been trained to do throughout his 19-year career.”

Prosecution plays bystander video, says case ‘is not about all police.’

Attorney Jerry Blackwell gave the opening statement for the trial Monday morning, speaking for about an hour. He walked jurors through police procedures and rules that govern the Minneapolis Police Department, where Chauvin worked for 19 years.

“You will learn that on May 25 of 2020, Mr. Derek Chauvin betrayed his badge when he used excessive and unreasonable force upon the body of Mr. George Floyd,” Blackwell told the jurors. “He put his knees upon his neck and his back, grinding and crushing him until the very breath … until the very life was squeezed out of him.”

Blackwell told jurors the case “is not about all police” or the difficult, “split-second decisions police must make.” He said Chauvin had his knee on Floyd’s neck for 9 minutes and 29 seconds, contrary to the widely reported estimate of 8 minutes and 46 seconds. “There are 569 seconds, not a split second among them,” Blackwell said.

Blackwell gave jurors a visual timeline of that period, pointing to when bystanders attempted to intervene and when Floyd spoke his last words. “You will see that he does not let up, and he does not get up, even when Mr. Floyd doesn’t have a pulse,” Blackwell said. “You can believe your eyes. It’s homicide. It’s murder.”

As the video played, Chauvin sat in the courtroom, taking notes on a yellow legal pad and occasionally looking up at the screen. During jury selection, several of the jurors said they’d seen only part of the video. One juror, a retired woman in her 60s, said she had probably watched it independently before the court proceedings “for four or five minutes” before turning it off. “It just wasn’t something I needed to see,” she said.

Another juror, a single mother in her 50s, called the video “emotional” and said: “I decided I didn’t want to watch it.” And another, a chemist in his 20s, said he had only seen snippets but “would be willing to be uncomfortable” by visiting the video in its entirety for the sake of the jury process.

Floyd family members take a knee outside the courthouse: ‘The whole world is watching.’

George Floyd’s cousins, brothers, and nephew, along with lawyers representing the family and the Rev. Al Sharpton, gathered in front of the courthouse Monday morning and spoke to the public before taking a knee for 8 minutes and 46 seconds, the amount of time Chauvin was seen kneeling on Floyd’s neck. Subsequent court documents, however, put the time at more than 9 minutes.

“Today starts a landmark trial that will be a referendum on how far America has come in its quest for equality and justice for all. It will be prima facie evidence,” civil rights attorney Ben Crump said. “The whole world is watching.”

A news helicopter clattered overhead as Crump cited the Declaration of Independence and Floyd’s supporters demanded he receives the same justice as a white person would. “This murder case is not hard when you watch that torture video for George Floyd. And we have to call it what it is: it was torture,” Crump said. “We’re not asking for anything extraordinary. We’re asking for equal justice under the law.”

George Floyd’s brother, Rodney, warned Americans watching the trial that attorneys for the defense were expected to cast doubt on Floyd’s character. “Please, don’t be entertained by the lies they’re going to throw out on him. The truth is … he was murdered in the streets,” Rodney Floyd said.

On Sunday, the Rev. Billy G. Russell held an evening vigil at his church with members of Floyd’s family, Sharpton, and Crump. When he spoke Sunday, Sharpton pointed out that many cases never result in criminal charges against the officers involved, citing past incidents, including the beating of Rodney King and the killing of Eric Garner. He said that Monday marks an opportunity for the country to hold police accountable. “The criminal justice system is on trial,” Sharpton said. “Chauvin is in the courtroom, but America is on trial.”

How to watch opening statements in the Derek Chuavin trial

Chauvin’s trial is being broadcast on Court TV, and USA TODAY is livestreaming the court proceedings here and on YouTube.  Visual and audio recordings are not typically allowed in Minnesota courtrooms without authorization from a judge. Cahill upheld his decision to Livestream the trial in December because of immense global interest in the case and limited courthouse space.

Over the last 11 days, the judge and attorneys for the defense and prosecution selected a jury and decided what evidence the jurors would be allowed to hear. Jury selection began in early March with an initial pool of more than 300 potential jurors who were asked to fill out a pre-trial, 13-page questionnaire about their prior knowledge of the case, their media exposure, and whether they could set aside preexisting opinions to serve as an impartial juror. The judge and attorneys spent more than two weeks interviewing jurors and ultimately selected 15. Chauvin was in the courtroom each day, taking notes on a legal pad.

After Minneapolis announced a historic $27 million wrongful death lawsuit with Floyd’s family, the process faced some delays. The defense tried to delay or move the trial, arguing news coverage of the announcement tainted the jury. Hennepin County District Court Judge Peter Cahill denied those motions. Still, he dismissed two jurors who had been chosen already and excused three prospective jurors when they said they were swayed by the settlement.

The judge also ruled the jurors would be allowed to hear some evidence related to a prior arrest of Floyd. According to court filings, in a May 2019 arrest, police responded to information about illegal narcotics activity and found substantial amounts of drugs on and near Floyd. Cahill said the arrest is “remarkably similar” to the fatal 2020 encounter and that jurors can hear evidence from the 2019 arrest only related to Floyd’s medical state – not his emotional behavior – since it pertains to the cause of death in the 2020 incident.

Who are the jurors?

The jurors come from a wide array of backgrounds. Some are well-versed in the case; others haven’t followed the months of developments. The panel includes a chemist, a nurse who has been caring for patients on ventilators, a retiree, and a social worker. Seven are in their 20s or 30s, three in their 40s, four in their 50s, and one woman in their 60s.

Given the circumstances of Floyd’s death – a Black man dying under the knee of a white police officer – the jury’s racial makeup is a crucial concern. According to the court, nine of the jurors self-identify as white, two as multiracial, and four as Black.

More: Here are the jurors who will decide if Derek Chauvin is guilty of murder in George Floyd’s death